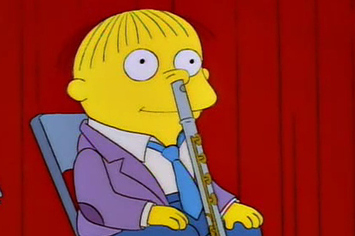 This morning I woke up and World War III was trending on Twitter ("#WW3"). Almost all the tweets were hilarious.


Trump : We are looking for the best pilot for the #WorldWarIII


me distracting the iran soldiers so my niggas can get away during world war 3 #WW3 #WorldWarIII pic.twitter.com/M90ywU5R67
— ig: lightlybroke (@lightlybroke) January 3, 2020

Me tryna explain that I can’t be drafted to world war 3 because I’m flat footed:#WorldWarIII pic.twitter.com/vtLLdxAAz6
— Dre Watkins👑 (@keandrewatkins1) January 3, 2020

And I think that the humorous nature of almost all these tweets reveals the unconscious awareness most people have that this is probably not going to be World War III. It will probably be nothing. Iran will threaten us. Russia will condemn us. Life will go on. Now... I am not predicting it is nothing. Hell, it really could be WWIII. But what I have pointed out in the past about 24-hour news is this: it is so filled with noise that determining which bits will lead to WWIII and which bits will lead to nothing at all is an impossible task.

Go back over the time since Trump was elected in 2016. Think of all times the news breathlessly suggested that the 'walls were closing in' on Trump. He would be in jail. His family would be in jail. No way he would last his full term! Issues with Michael Cohen his lawyer. Issues with Stomy Daniels (his stripper mistress). Issues with Paul Manafort (his campaign manager). It was just a matter of time before Mueller confirmed that Trump was a Russian asset!  But each and every one of those issues came and went and no walls closed in. The Mueller Report was a bust. Impeachment efforts were over.

But then a new 'wall closing in' moment happened with Ukraine. I was skeptical that it was anything more than all the other moments. But this one really did lead to impeachment (although removal is highly unlikely)! But how was the average news consumer to know the difference without the benefit of hindsight? How would I, picking up USA Today in a hotel lobby, to dismiss Stormy Daniels but pay attention to Ukraine? The answer is that it is impossible. 24 hour news is almost 24 hours of noise. Most days no actual news happens. And when actual news happens, it often takes months to realize that this news was actual news and not noise. Sometimes the most important news barely gets reported on in the moment (or not at all).

So.... consuming news, at best, gives us a bunch of garbage to chew on and get worked up about every day. OMG! Trump killed a terrorist guy no one ever heard of yesterday and now #WWIII is trending. And as the joke memes demonstrate, everyone sort of knows it is not really going to be WWIII. But here is the bad thing. The noise is not harmless. We act on noise. We buy and sell stocks based on "news" that is not news. The price of oil spiked today..... if this turns out to be nothing, the people who watched the news and bought oil in response are going to lose a lot of money. And it is not just financial markets. Those that watch the news for crime activity are going to be overly paranoid about crime. Those that watch the news for health scares are going to be overly concerned about health. Those that watch the news about possible bad behavior on the part of their political opponents are going to be overly concerned about that. In other words, the noise makes us do dumb crap that messes up our lives.

So...how do we deal with this? How do we protect ourselves from the harm that is constant noise? We need to consume less frequently. Turn off Fox and CNN. Stop checking Drudge. Go to a once a month consumption schedule. Try to find outlets that summarize the most important news from a month ago. That still might be a lot of noise but it will be cut down significantly. And the actual news might be a little more clear. Given the benefit of time, I have a better idea as to which is more important: Stormy Daniels or Ukraine.

Will this Iran thing be #WWIII? I will tell you in a month or two.