Will Robots Steal All Our Jobs? Why Andrew Yang is All Wrong About AI 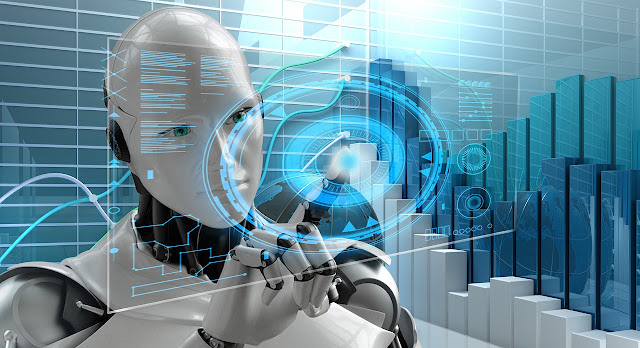 Andrew Yang's whole platform this election season is that technology (and AI specifically) is going to fundamentally transform our society, take manufacturing jobs, eventually take office jobs, and leave many people lost and hopeless. In an interview with Quartz, Yang said the following:

People don’t think if their local mall closes that it’s the result of robots and AI. But the fact is, that mall is closed because of Amazon soaking up $20 billion in commerce every year. And you better believe that Amazon is investing billions of dollars in robots, automation, and AI to have a package on your doorstep the next day.

His words echo the words of others including Barack Obama who explained the slow recovery of the economy during his tenure by saying this, "When you go to a bank you use the ATM, you don't go to a bank teller. Or you go to the airport and you use a kiosk instead of checking in at the gate."

And this argument is not new. It goes all the way back to the Luddites. The Luddites were a 19th century group of textile (clothing) workers that burned and destroyed new textile manufacturing machinery out of concern that it was taking their jobs. This example is a very illustrative one because weaving and fabricating textiles was a skilled job and automating it was sure to destroy the livelihood of countless people.

But now, a couple centuries later, we can see the effects of the mechanization of textiles. England now has more not less people working in the textile industry and those people, generally speaking, have a higher standard of living than the Luddites. And one of those higher standards is in the area of clothing. Every year, my family packs up two or three garbage bags of clothes and takes them to a local charity to donate them. In the days of the Luddites most people had one set of clothes that they kept for years - only replacing when they could no longer be mended. Now, even the poor have a ton of clothes. The only complaint the poor can have on clothes is having to accept less than name-brand quality.  For almost all of history, the poor suffered in the cold and lacking proper clothing but for most of the world, this is no longer a problem. Mechanization made clothing so cheap that it literally free for many people.

So... more jobs and better life... for almost everyone.

But after 200 years, what is the result? In the USA, our unemployment is now 3.5% (a 50 year low) and there are a record number of people working. Despite claims that wages are stagnating, they are growing too.  And the quality of life globally is almost certainly the best it has ever been. Extreme poverty has plummeted over the past century. Way fewer people are starving. Way fewer people are unclothed. Access to medicine has increased. Access to education has increased.

In short, at least from an economic perspective, it seems clear that two hundred years of freakouts over the fallout from automation and mechanization of jobs once done by people are clearly unwarranted.

So... why is this the case? Why is it that we see a change coming, expect negative consequences and then see almost nothing but positive ones?

The answer is that the downsides are very visible and the upsides are invisible. The downsides to mechanization are obvious. I make my money weaving clothes, a machine comes along to weave clothes, I lose my job. I spent my whole life learning this trade and now at age whatever I need to learn a new one? That is a clear and obvious downside that everyone can sympathize with.

But the upsides are almost completely invisible. We cannot see how many people that once could not afford any clothing at all now will be dragging bags of clothes they no longer want to donation centers to give to other people who probably already have clothes. We cannot see the businesses that can be started as the result of cheap clothes. In the early 19th century, who would of thought you could create a business making t-shirts with funny phrases on them? Sports teams on them? Political slogans on them? Corporate logos on them? Who would have thought you could create businesses to sell clothes by season (a few outfits for summer, a few for spring, a few for fall, and a few for winter)? Who would have thought that businesses could employ large staffs of fashion experts to create the perfect name brands for almost any sort of person?

Because the Luddite in the 19th century could only see the visible downside and not the invisible upsides, they burned the textiles machines. But imagine how much worse life would be today if they had successfully killed the technology?

People like Andrew Yang and Barack Obama see the downsides to technology. Computers and robotics continue to replace jobs currently done by people. That will likely continue going forward. People who, like the Luddites, spent their lives learning particular skills, will need to start other companies doing other stuff and find skills that remain outside of the capabilities of computers.

What, you are probably asking, are those jobs? And my answer is that I do not know. They are in the future. What those jobs will look like, I don't know. What other benefits will be given to society by robots and computers that do our work for us? I don't know. They are invisible. But 200 years of history suggest that it is highly unlikely that the overall economic impact of these technologies will be negative. Chances are that the whole of society will come out much better off than they are worse off.

---
Note/Disclaimer: This article was intended to respond to the economic impacts of technology. As my regular readers are aware, I have been plenty critical of technology for social reasons. I think that there are negative consequences to many technologies that go beyond money. But I just wanted to make clear here the flawed thinking associated with technology and jobs.