The Myth of the Patriarchy 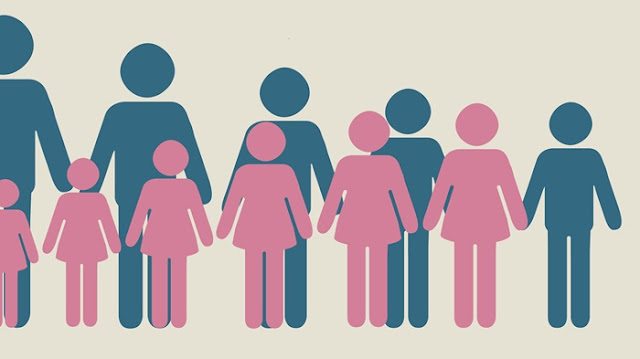 Imagine a world in which this was true:

I could go on but I think you get the point. Can you imagine the outrage? The howls and screams?

But you probably already guessed that all of those things are true for men. Men have a tough road in this life. But somehow we never complain about the 'Matriarchy.' In fact, men are usually proud of these things. We are happy to work the dangerous job so our wife does not have to. We are happy to march into war to protect our wife and kids. We are happy to go out and work long hours to provide for our wife and do not mind if she stays at home (but also usually are pretty supportive if she wants to work).

So... why do so many women complain about the 'Patriarchy?' I think that women will point to some things such as:
- Not having the right to vote until fairly recently
- Being excluded from various "men's club" sort of things (golf courses, various businesses, etc)
- Getting paid less
- Much higher rates of rape and abuse

Well, some of that is BS though. For example, the gender pay gap is a myth.  To the extent that pay is different it usually relates to hours put in and breaks taken out during the middle of a career. When women put the same time in as men and don't take time off for family, they tend to make just as much or more.

On the exclusion thing... I would argue that for many things, women do exclude men but men just don't care. If women started a "Comedy Club for Women" I doubt there would be any protest. They could exclude men all day and we would say fine. Women could start golf clubs that excluded men and men would not care. Women could do anything alone and I promise you that most men would be grateful for her to have something to do rather than bitterly protest about not being allowed in.

Even in business, if a woman started a business and only decided to hire women, I bet most men would not care at all. Go for it.

On rape and abuse, that is probably true (although men do get sexually abused and physically abused more than you would think). But one would argue this is an argument for putting more protections in place for women rather than trying to make more equality or egalitarianism in the world.

What about the voting? The principle on voting historically was that men represented their wife and kids. Husbands and wives have shared interests. Women would live with their parents until they married. Men would move out upon being an adult. So having men vote was an easy way to have each household represented. It was a cultural way of saying that we are not atomistic individuals but we function as families with shared interests together. Did it work perfectly? No. Is it good that it changed? Maybe... but I don't think it makes as big a difference as most people think. Like I said, women always had power and representation ... just indirect versus direct.

But regardless of how you feel about that... it was 100 years ago! Everything else I listed is today. There is no patriarchy holding women down and there are plenty of challenges that are unique to the male experience.... to the point where you could argue matriarchy if you wanted.

But few men care about that stuff. We are happy to serve the women in our lives. Just stop telling us that our service is abuse and some sort of power trip. We love you and are happy to work hard for you. Just chill out.