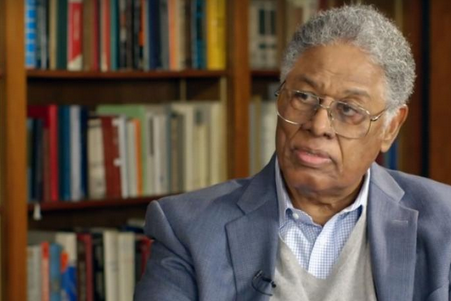 The idea of forced government propaganda goes against my political philosophy. But, were I suddenly made king, I would force every single person to read Thomas Sowell's "Discrimination and Disparities" every year. Why? Because it does such an excellent job of explaining why damn near everything we hear in society about discrimination, social injustice, and racism is completely backward. Sowell (a Standford Economics professor who happens to be black) talks about actual effects of laws rather than their intent. With incredible clarity, he shows why many legislative initiatives such as housing laws, minimum wage, anti-racism laws such as prohibitions against background checks, and discrimination lawsuits, actually do the exact opposite of their intent - leading to more segregation and less opportunities for black people.

Sowell starts his book by defining two types of discrimination:

1- Judging people rationally on their own individual characteristics and then acting on that (such as not hiring alcoholics or seeing a person you know to be violent and crossing the street).
2- Judging people irrationally and arbitrarily. For example, hating people simply based on their skin color.

But... Sowell explains, category #1 needs to have a sub-point (he calls it #1b) to talk about discrimination made based on rational reasons  but where too much cost is required to getting information for individual decisions. For example, you see someone walking down a dark alley towards you and, rather than trying to figure out if they are a kindly neighbor or a criminal, you walk the other direction. Getting the information would be too costly for #1a (individual rational discrimination) so you have to do #1b (group rational discrimination).

This definitional start is important because understanding why people are discriminating is important to trying to prevent discrimination 2 (the irrational sort). One helpful example he gave is when employers do background checks on new hires. Some have argued that this is a way of preventing black people from being hired (because they are more likely to fail) but Sowell explains that it is in fact a way to move from 1b to 1a. In other words, a 1b technique to preventing felons from working for you is to take a group that is known to have higher rates of criminal backgrounds and just not hire them but background checks allow you to move to the individual level (1a). In practice, Sowell argues, background checks increased the number of black hires rather than decreasing them. So here a well meaning effort (end background checks) actually was hurting black people (forcing companies to not use 1a).


Another thing that he talks about is how we cannot expect that groups will have equal outcomes. He suggests simple things like age disparities that can contribute to different outcomes. If, for example, group A and group B are identical in every way but group A is, on average, 10 years younger, then group A will have higher crime rates, drug use rates, and more poverty. Not because of discrimination but simply because all those things correlate with youth. Even if genes and societal treatment were somehow made perfectly equal by society this alone would create great disparities.

Another thing he talks about is the fact that clearly not every group has the same desires and motivations. Even if genes were identical and treatment was identical, if something cultural or geographic caused one group to view education and financial success with suspicion, then clearly you could not have equal results.

He has many many other examples of wrong headed thinking present in almost all the debates about equality and the government's role.

Here are a couple quotes to get a taste of the sort of writing/points in the book:
“The crucial question is not whether evils exist but whether the evils of the past or present are automatically the cause of major economic, educational and other social disparities today. The bedrock assumption underlying many political or ideological crusades is that socioeconomic disparities are automatically somebody's fault, so that our choices are either to blame society or to 'blame the victim.' Yet whose fault are demographic differences, geographic differences, birth order differences or cultural differences that evolved over the centuries before any of us were born?”

And,
“The time is long overdue to count the costs of runaway rhetoric and heedless accusations - especially since most of the costs, including the high social cost of a breakdown of law and order, are paid by vulnerable people for whose benefit such rhetoric and such accusations are ostensibly being made.”


There is so much to this book that I wish I could force everyone to know. Common sense mixed with insights I had never thought of mixed with great scholarship.