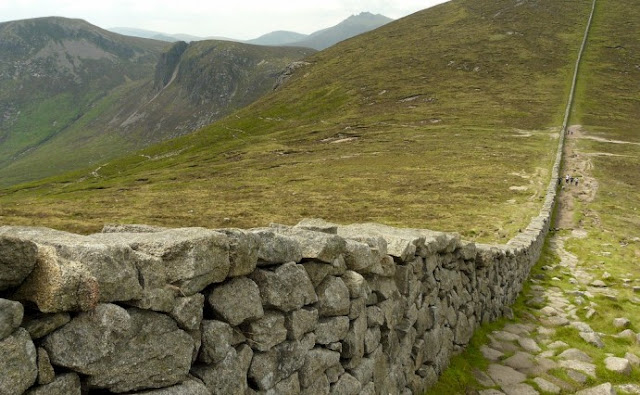 In 2015, I worked in an office with a man who stubbornly refused to upgrade his smart phone. He was using a Blackberry and the rest of the office was using iPhones. We all made fun of him. He was a bit older and we attributed it to his age. Why would someone use such an old phone? But the iPhone only came out in 2007 and was not regularly used by any business due to its cost intentionally. Our company had only allowed it to be purchased starting in 2011. That means that he was clinging to a phone that was four year old technology.

I have always taken this as a good illustration for our culture’s lust for the recent. We love that which is new. We despise that which is old. One critique of Christianity put forth by Richard Dawkins and other angry atheists is that the bible is a document that is thousands of years old and written by goat herders. This critique may be over the top and ridiculous but it certainly has the ring of truth to it in much of today’s society.

One thing that I love about Nassim Nicholas Taleb is that he has rediscovered a concept that was taken as a truism for much of civilized history. He has discovered, and articulated in a way that is credible, that the traditions and religious customs that we have passed down for thousands of years might actually have a purpose in the same way that our biological systems do. When we look at the chemical make up of our blood, the structure of various bones, and parts of our brain, we assume each of these things has some sort of a purpose. Even if we did not understand what a given chemical did or comprehend why a bone is the way it is or know what ever aspect of the brain does and why, we do not go around changing things unnecessarily. We assume that those things are there for a reason. And usually we are right. Even the appendix, once thought to be a vestigial organ is now thought to have a purpose. So, why, when every human population has developed traditions and religious customs, are we so quick to assume they serve no purpose of function for the wellbeing of those peoples?

GK Chesterton had a wonderful illustration when talking about folks that want to change society without having any idea of why society is the way it is. In his 1929 book, "The Thing," he wrote,

In the matter of reforming things, as distinct from deforming them, there is one plain and simple principle; a principle which will probably be called a paradox. There exists in such a case a certain institution or law; let us say, for the sake of simplicity, a fence or gate erected across a road. The more modern type of reformer goes gaily up to it and says, "I don't see the use of this; let us clear it away." To which the more intelligent type of reformer will do well to answer: "If you don't see the use of it, I certainly won't let you clear it away. Go away and think. Then, when you can come back and tell me that you do see the use of it, I may allow you to destroy it."

I can say, as a Christian, I can certainly see how my faith has positively affected me, my family, and my community. But Dawkins and company want some sort of 'scientific proof.' Some study that would say definitively that Christianity is good for the world or that removing it would be bad. But, using the fence principle, should we really just tear it down and then see what happens to society?

I have always said that atheists are better off living in a Christian nation than an atheist one. Because atheist nations are bad for everyone including atheists.  I think when true godlessness overwhelms a society the result is not enlightenment and freedom but 1984-style oppression. I would encourage my readers to look at the French Revolution, the Soviets, or the actions of Pol Pot.

But...you might say, what about Northern Europe? They have very high rates of atheism but things seem great there. My answer is that every nation in Northern Europe remains officially Christian. Further, their laws were established when they were very Christian. And the people there all learned their values of right and wrong from a culture that was deeply Christian. And while there may be high rates of atheists there, there remains a large minority of Christians who certainly continue to influence and affect the culture as a whole. Further, the government has not, as the Soviets or French did, attempted to forcibly get rid of this Christianity. It can still be relatively freely taught. My question is what will happen when that changes? What will happen when we are a few generations removed from any concept of a Christian culture in Northern Europe? We don't know yet.

Science might catch up some day, but atheist friends, leave the fence up. It was put up for a good reason.