How to defend tyrants by using anecdotes 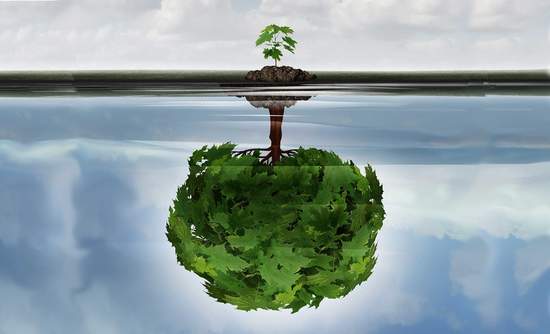 Donald Trump is not a tyrant. I know a lot of people were worried he would become one if he got power. So far, no mass murders. No martial law. No arresting of critics. I need to preface what I write with this because today I would like to talk about real tyrants. People who have murdered large numbers. Stalin. Mao. Pol Pot. Genghis Khan.

Genghis Khan may not have naturally come to your mind because our academic institutions over the past 20 years or so have been doing their best revisionist history job on him. Here are the almost undisputed facts:

Genghis killed at least 40 million innocent people. By innocent, I don't mean that in the midst of a justly started or provoke war he killed a bunch of soldiers. I mean that he want to various cities and villages that had never even heard of him or his people, surrounded the city, demanded surrender, and then, if no surrender happened (and sometimes even if it did) he smash the city with overwhelming force and technology, then he would pick out useful people (scholars, translators, engineers, pretty virgins, etc) then he would systematically slaughter the rest. By systematic slaughter, I mean he would have his troops empty the city in groups of 100 and then slice their throats methodically.

He did this sort of thing throughout his amazing 20+ year rule and at various times broke his own record for the largest genocides in history. Possibly in absolute numbers and definitely in terms of percentage of the population, Genghis committed the greatest mass murders in history. Khwarezmian massacre by itself killed 1.25 million (conservative estimate) was probably proportionally the largest mass murder in history (much higher percentage of the world population than the holocaust of the Jews)  and that was accomplished in just two years of Genghis's 20+ year reign.  Several regions of Asia dropped by tens of millions during this era. The stink from any defeated city of Genghis Khan would be so overwhelming that it could be smelled from miles away.

This is tyranny at its most definitional. Mass murder. No laws. Absolute power. Killing. Oppression.

There, of course, have been many examples of this. Stalin and Hitler being much more recent examples.

But... let's say you want to defend Genghis (or Hitler or Stalin). How can you possibly do that? It seems like an impossible task. He killed 11% of the world's population! No defense, right?

Wrong. The defense is easy. Focus on anecdotes rather than any sort of objective measure. Because almost every ruler in history has some bad things that happened under their rule. Every ruler that has been to war can be blamed for war crimes of some sort (some soldier somewhere did something horrific).  And ever ruler ever has overseen a society that at some point in time committed some sort of injustice (some judge, police officer, or politician did something horrific). Each one of these war crimes and injustices offer a terrifying and gripping story that engages and shocks the human mind.

Going into great detail about how a group of policemen beat some old lady just because she was black. Or some soldier burned down a building and shot people as they exited. These sorts of stories make us sad, mad, and disturbed. And almost every ruler in history has some sort of story like this that can be cited. No matter how pious and well intentioned the king or president, they cannot watch everything that everyone does in their government or military.

But that does not stop us from blaming them to some degree or another. What did they know? What rules did they have in place? Who did they appoint that was so callous? Why did they go to war in the first place?  That is how our brains work. We cry out for justice and that usually means some amount of blame being given to the guy running everything.

As Stalin is reported to have said, “If only one man dies of hunger, that is a tragedy. If millions die, that’s only statistics.” Our brains love stories not statistics. We are moved more by the story of the woman being beaten by police for her skin color than we are by stats about deaths in a foreign country.

So... how do you defend Genghis Khan? You avoid telling stories about specific people he killed and you tell stories and anecdotes about atrocitites committed elsewhere.

Sure... Genghis killed a lot but did you hear the story about the time Eastern European Christians rounded up Jews because they suspected they were plotting to overthrow the city? They killed them, beat them, and then throw the rest out of the city. Terrible. Terrible Christians. Who is worse? Well, sure the Mongols murdered in unprecedented numbers but they never specifically targeted Jews.

Oh... they never specifically targeted Jews? That is pretty nice of them. They were tolerant of religion? Hmm. Maybe they were better than those European Christian haters.

Except no. The number of Jews killed in this story was a rounding error at best compared to even a single campaign of the Mongols under the Khans. The Khans killed so many people that if they had done this sort of thing it would not have even warranted mention in the history books. Whatever was done to the Jews was done over and over and over to countless others (the Chinese, the Babylonians, the Russians, etc) on scales at least 1000 times higher in every case.

So, why would someone writing a history of the Khans write about this sort of Christian abuse? The answer is that it is a very effective way to defend true tyrants. Like the slight of hand of a magician, the author employing this technique guides the reader's thoughts to the bad actions of other people and away from the spectacular cruelty of Genghis Khan. The reader walks away thinking that both sides killed and were less than perfect but that the story is what is remembered. The unconscious takeway is that the Christians (or whoever) were the real bad guys. That story sticks.

Regular readers of this blog know that I agree with historians like Tom Holland that Christianity has had a profound (and good) impact on the history of the world. Christians more than any other culture or religion have helped society to think about, care for, and protect the poor, the weak, the slave, and the downtrodden. But every time I start talking about this, people bring up counter examples. Yes, the Christians helped the slaves. They also hurt them. Yes, Christians cared for the poor, they also abused them. Yes, Christians built hospitals, they also tore them down.

But stand back... look at the big picture. Look at the trends, the statistics, the whole of society and culture over time. Look at the story of the whole of history rather than individual stories. Christendom is the society that first built welfare systems (based on explicitly Christian principles), first ended slavery (based on explicitly Christian arguments), built systems of universal human rights (based on explicitly Christian principles). If Jesus was a king who ruled over Christendom for 2000 years, you could find many examples of those under his rule that did horrible things. But you would also see a society that progressively embraced the poor, the slave, the weak, the sick,  and the vulnerable with greater and greater force and influence. And, I would argue, Christ is that king.

You can always equivocate. You can always find stories of bad stuff in every empire or kingdom. But to avoid defending tyrants and hating those doing their best, you have to stand back and look at the whole.