Do You Need Religion to Be Moral? 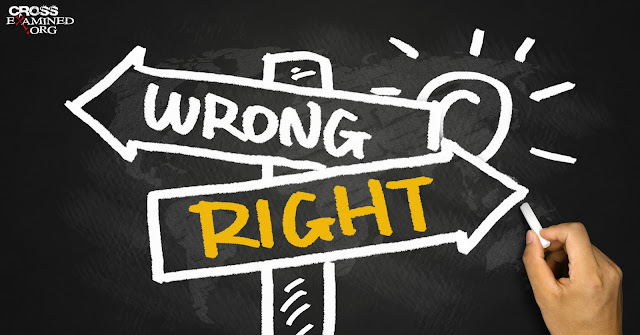 "Are you saying, that I need God to be moral?"

This is a typical question in response to any sort of claim that Western values are based on Christian morals.

My answer to the question is 'yes' and 'no.'

Let's start with the no. If we all agree on what is moral and we all praise morality and scorn immorality, then anyone can do it. Let's take an almost universally accepted moral: Racism is bad. While, as a Christian, I certainly would agree that mocking, excluding, hating, etc someone on the basis of race is bad, this hardly sets me apart from my atheist neighbor. We all agree. Further, as a society, there is almost universal scorn for racism. Other similar shared morals are: giving to the poor, education, sick, etc.  In such situations, it is hard to find any meaningful difference between the devout church goer and the hardened Richard-Dawkins-loving atheist. Both tend to act 'moral' with or without God.

So, for these, yes an atheist does not need God to be moral.

But (and here comes the 'yes' to the atheist's opening question) there is a major problem with this. I liken it to a man on an airplane saying that he can go from New York to LA just as well as the pilot can. He would be right in a very narrow sense. But obviously he is doing so only based on the work that the airline and the pilot did. They set the course, serviced the plane, took off, steered, and landed the plane. He went along for the ride.

In the same way, the big question for atheists can not be "can I be moral?" It needs to be "what is moral and why do we all agree on that?" Atheists often suppose that morals are common sense that anyone can see are 'self evident' or 'common sense.' But the obvious issue is that a quick review of history shows that very few viewed these things as common sense or self evident. As I have written in the past, it was explicitly for Christian reasons that we gave up slavery and then subsequently gave up Jim Crow laws. But it was not just race. The idea that all men are created equal was not self evident at all to the ancient Romans (or the Chinese, the Egyptians, the Ottomans, the Cherokee, the Inca, the Mayans, or the Aztecs). In fact, it was self evident to all these people that men were better than women, the rich were better than the poor, the strong were better than the weak, the powerful were better than lowly, and that their own race was better than other races. Only Christian reflections on the Creation narrative that says that we all descended from the same two people and that our race was created in God's image (Genesis 1) coupled with St. Paul's assurance that "There is neither Jew nor Gentile, neither slave nor free, nor is there male and female, for you are all one in Christ Jesus" were able to slowly change these deeply ingrained attitudes to a view of the equality of all mankind that was not at all self evident.

Christianity fundamentally changed the morals of the West. Go back and read Roman writings. Look at Roman life. Marvel at the indifference to the poor, assumption of racial superiority, widespread sexual slavery, brutality towards slaves, and constant war. These were not dumb people. Some of them were clearly geniuses. Did they need God to be moral?

The answer is absolutely. They had no idea about things like universal human rights, the sin of slavery, and the value of the poor. They needed the teachings of Jesus and the scriptures to pervade their society for centuries in order for them to feel these things were 'self evident.'  And every atheist relies on that same religious teaching to support the things that they think are self evident.

Now... of course, Christian teaching could be wrong. Christians could be completely off on everything. But if they are right, atheists definitely need God to be moral.