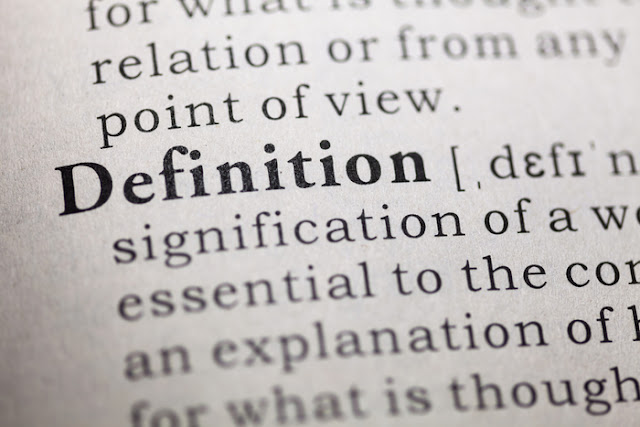 Trigger warning and all that ... talking about rape and abuse....

I just watched Bikram: Yogi, Guru, Predator. It is a documentary about a guy named Bikram who apparently was big shot in the Yoga community and helped popularize something called 'hot yoga.' Given that I know next to nothing about yoga, hot yoga, or gurus, I didn't come in with any knowledge of the man or the history. But the title sort of gives away the plot. Basically, he was a guy who came to the US from India, because a superstar among Yoga practitioners, and built a network of Yoga studio franchises. Then became... according to the documentary... a predator.

If you wanted to run one of these Yoga franchises, you needed to become a certified teacher. If you wanted to become a certified teacher, you needed to take teacher training, and it was Bikram himself that would teach the future teachers in a week-long session in a hotel near LA. Everyone would wear next to nothing (including Bikram who very grossly wore nothing but a tiny Speedo) and practice this Yoga method the whole time.  And apparently, about halfway through, at least on a few occasions, Bikram would ask women to his room, watch movies with them, ask for massages, and then attempt to have sex with them.  A documentary like this tells one side of the story and it is possible that it is inaccurately told but assuming it is even halfway correct, it appears that this guy is a giant horny creep. But.... given that he has spent his life wearing a tiny Speedo barking Yoga commands at scantily dressed women, perhaps that is not too surprising.  But what I wanted to touch on is something that kept coming up in the documentary. Bikram was accused of being more than a horny creep. He was accused of rape and sexual assault.

But when the 'rape' and 'sexual assaults'  were described, it sounded more like a guy making a wildly inappropriate pass and then pressuring a woman to have sex with him. Maybe there is more to it. I can only go by what was reported in the video. It's impossible to judge the specifics of the case properly without actually talking to the people involved. Perhaps there is more than what was said in the documentary. I don't know. But in one case, a woman was left alone in a hotel room with him (a group had been watching a movie but the others had left) and as she was leaving, he blocked the door and started kissing her neck. She pushed him out of the way, said goodnight, and went to bed. Again... not defending this inappropriate behavior but is it the sort of thing we should put someone in prison for? Now, that woman did not say that he raped her (I think sexual assault was the term used) but another woman did. Her story was somewhat similar, she said that she was at his house late and after everyone else had gone to bed, he started kissing her, she pushed away and went in the other room. He followed her. And then the exact quote from the movie is, "He lifted my skirt, pulled down my underwear, pulled own his boxer shorts, and then he raped me." That is the total description given. But there are some obvious answers missing. Did she say no? Did she attempt to push him away? Did he force her down? There were other people in the house, did she yell? At any time during this event did she make it explicitly clear that this was not consensual? Maybe she did (and if so, it was rape) but the documentary did not say that. In fact, after the sex act, by her own words, she walked over and kissed him on the forehead, said goodnight, and went to bed. She then continued to do business with him and opened one of his franchises.

So what is my point? It has to do with the #MeToo movement and the definition of rape (and to a lesser degree 'sexual assault').  As a society, I think we need to be very careful about throwing around the rape word. Rape has historically been one of the worst crimes in Western society. The Puritans viewed it as a capital offense and to this day we continue to view it was something just short of murder in terms of punishment. If someone commits rape, they deserve a long time in prison... maybe life.

So what is rape?  In New York, first degree rape is defined as when a person, "engages in sexual intercourse with another person: By forcible compulsion -- compelling the victim through the use of physical force or the threat of immediate death, physical injury or kidnapping." Rape is also defined as having sex with someone underage or someone who is incapacitated (by drugs or alcohol).

Does there need to be verbal consent? That is not in New York's definition and I think making that a law would create an obvious difficulty. If two people have sex, neither one gives verbal consent, which one is guilty of rape? Do we automatically blame the male? Isn't that sort of sexist? Also, humans have been having sex throughout history and verbal consent has never been a common thing. Usually (99.99% of the time) it is very clear that both parties want to have sex and nothing needs to be said. Instead, for most of history, the verbal aspect has only been required in the negative. The woman has to say no. She has to make some sort of clear statement that she is not interested. Silently having sex hoping that the man will read your mind that you are not really consenting in your heart even while you show no external signs of not consenting is a very confusing thing and can't be called rape. The bible talks about this when it says that the woman has to make some sort of verbal exclamation expressing a lack of consent for it to be considered rape.

Sexual assault is a bit greyer area. If a man and a woman are on a date and the man tries to kiss/feel/touch his date is that sexual assault? I don't think so as long as he stops if she says to stop. But if a random dude walking down the street tries to cop a feel... that is sexual assault. So... a bit grayer but not hard for reasonable people to distinguish. I think being alone in a hotel room with a dude and having him try to kiss you (as Bikram did) is probably more in the former category and not assault as long as he stops if it is made very clear that it was unwanted.

The whole #MeToo movement has confused these questions. It used to be clear cut. Now rape is getting lumped in unwanted advances, creepy behavior, and "casting couch" situations. They are not the same thing. And doing something because you fear losing an acting opportunity (or because you want to get a Yoga franchise or a college grade or a job or whatever) is not the same thing as being raped.  It might be crappy behavior on his part (probably is) but not rape.

Now... to men, don't be a creep. Don't be inappropriate. If you are in a position of power, don't use that power to pressure women sexually. You might think you are hot and that all the ladies have the hots for you in your own head but in reality you are probably more like 'creepy Bikram' who, when putting on the moves, made the woman feel super uncomfortable and terrible. This article was intended to clarify what is not rape but just because something is not rape doesn't mean it is not crappy behavior on your part.

And finally, let me put a plug in for good old Christian sexual values. Men and women, save yourselves for  marriage. Avoid spending time together alone outside of marriage. Recognize that men and women are different sexually and plan accordingly. Mike Pence was roundly mocked for his basic rules of interacting with women but maybe he was not so crazy after all.