That Time the Pope Agreed With Luther 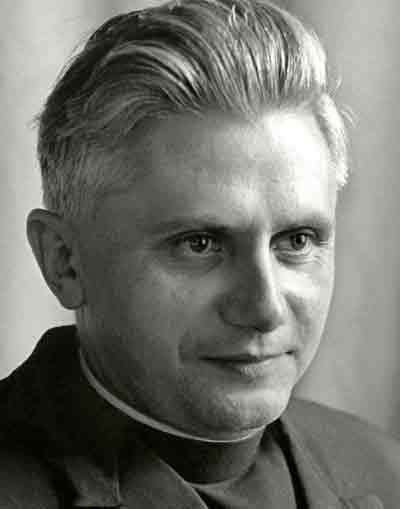 Most of the friction between Catholics and Protestants revolves around justification. Speaking very broadly, Protestants say that one is justified by faith alone not works and Catholics say that both works and faith are required for justification. This debate goes back to the reformation debates between Luther and his Catholic opponents who successfully won the day at the Ecumenical Council of Trent and forever condemned Luther's views. Many Protestants point to Trent as the day that the Roman Catholic Church ceased to preach the gospel as a result. Catholics respond that Trent simply reflected the views that had been preached in the church since the beginning of church history and that it was Luther that broke with the church and not the other way around.

I'm a Protestant but, honestly, the Catholics do have a point on this issue. The position of Trent was simply restating the views of St. Augustine (4th century super-theologian) when it came to justification. Augustine's views had been widely held throughout the middle ages. Luther's views, on the other hand, appear to have exactly zero adherents between Augustine and Luther. Honestly, there is not one example of someone preaching Luther's definition of justification in that 1000+ year period.

Now, I would argue that this does not mean Luther was wrong. One of the things that happened during the Reformation was a return to biblical scholarship in a way that really had not been seen since the days of Augustine and in some ways surpassed what was seen in those days. Luther and other Reformers had access to Greek and Hebrew texts in a way that almost no theologians did thanks to the printing press that was invented less than 100 years prior to Luther. As a result, Luther could study the scripture in the original languages, study the councils, and study early church fathers. Few prior to the printing press could do this.

And, I would argue, Luther's reading of the word 'justification' as a forensic term (a declaration of status) rather than a transformative term (a process of change) is absolutely right when the original Greek is considered. To justify, in the Greek means, 'To declare righteous,' but Augustine wrongly translated it, 'to make righteous.' And Augustine was so influential, despite clearly being wrong, his translation stuck. Catholics from that point forward followed that view.

Oh, you didn't hear about that? Pope Benedict, in a 2008 homily, said the following:

"Luther's phrase: "faith alone" is true, if it is not opposed to faith in charity, in love. Faith is looking at Christ, entrusting oneself to Christ, being united to Christ, conformed to Christ, to his life."

Luther's statement is true if not oppose to charity in love. And, every Protestant would agree it is certainly not opposed. And this is not quote mining. The whole sermon speaks to this topic explaining why it is faith....not observance of the law... that saves. I highly recommend reading.

But later that same month, Benedict went further. He wrote,

In the Catechesis last Wednesday I spoke of how man is justified before God. Following St Paul, we have seen that man is unable to "justify" himself with his own actions, but can only truly become "just" before God because God confers his "justice" upon him, uniting him to Christ his Son. And man obtains this union through faith. In this sense, St Paul tells us: not our deeds, but rather faith renders us "just". This faith, however, is not a thought, an opinion, an idea. This faith is communion with Christ, which the Lord gives to us, and thus becomes life, becomes conformity with him. Or to use different words faith, if it is true, if it is real, becomes love, becomes charity, is expressed in charity. A faith without charity, without this fruit, would not be true faith. It would be a dead faith.

Pope Benedict is saying that we are only united to Christ by faith. Not deeds. Faith renders us just.

How this all was missed by the news, by Protestants, and by Catholic Apologists, I have no idea. But this is giant giant news (if something that happened 11 years ago can be called news). Trent condemned people for believing in Faith Alone. The Pope (just 11 years ago) affirmed faith alone.

This is a truly earth shaking development. The primary reason for the Reformation is, if you take Benedict's statement as official Catholic teaching, no longer a point of disagreement.

Now, of course Catholics and Protestants still have plenty to debate (prayer to saints, indulgences, etc) but this was clearly the biggest question of the Reformation. And the pope said that it should not be a point of disagreement anymore.