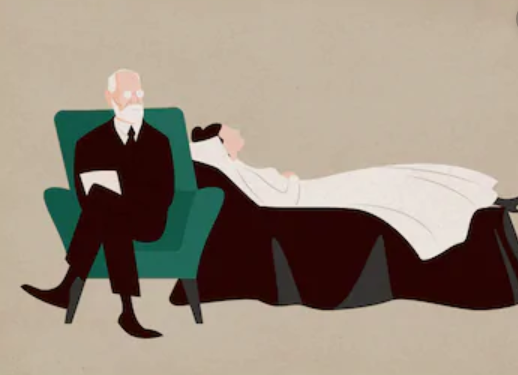 I just listened to the free audio book, The Burnout Generation, and it was painful to listen to. It was an entire audio book about young people who never had any real problems reflecting on minor stresses in their lives. In order to reflect on these stresses, they go back and reflect on all their experiences growing up. They talk about their expectations. They obsess over choices they made. On and on. And you cannot blame them. Their parents probably obsessed over them as well. Parents now think that every book their child reads, every sporting event, every school play just might be the thing that makes or breaks their kid.

It is a weird thing. In the old days, parents just sort of tried to keep their kids alive. Now we all have to keep detailed accounts of everything that happened so that we can understand why we get stressed about getting behind on doing laundry.

I think it might be the influence of Sigmund Freud. Not sure. But it is weird and it won't last.

In generations in the past, people had to deal with all sorts of things. For most of history, most men had to engage in hand to hand combat. That means that most men had had someone else try to murder them and they themselves had at some point tried to murder someone else. Most women had lost a brother or father to war. Many women died in child birth. Most kids therefore lost someone they loved during their childhood. And that is not even covering sickness and plague. As the result of disease, most parents lost a child at some point. Everyone walked around with PTSD. Probably. They didn't define it back then. But people went through some real trials in life.

Further, even if you had two living parents and none of your siblings had died, you were probably one of many. The average woman prior to the 20th century had about seven children. Many had more. If your parents were hard working and you were one of six or seven kids, you probably were mostly ignored by your parents. There is no way they could sit you down and read you a story every day. You would be mostly on your own. And all the stuff modern people go through (fighting parents, family dysfunction, etc) people back then went through too.

But you know what they didn't have? A collective societal effort to sort through all those terrible experiences to see how each one of them contributed to their own unhappiness as adults. Sigmund Freud was so successful and his ideas so pervaded society (even though few ideas still are embraced by academia) that we use his language and think his thoughts. Everyone has become their own personal Freud. My mom yelled at me, that is why I get stressed around my female boss. My dad never played catch with me, that is why I can't seem to make friends with the guys at church. Etc etc.

It is like we are all solving a mystery. The mystery of our problems. And the clues are the various crappy things that happened to us.

Peggy Noonan once wrote a column called, "Everyone's been shot." She quotes a scene from 'Blackhawk Down,' in which one injured soldier tells another injured soldier to jump in a truck and drive. The soldier responds, 'But... I have been shot!' The response? 'Everyone has been shot. Drive.'

Stop psychoanalyzing yourself about it.