Did St. Paul Know About Committed Same Sex Relationships When He Condemned Homosexuality? 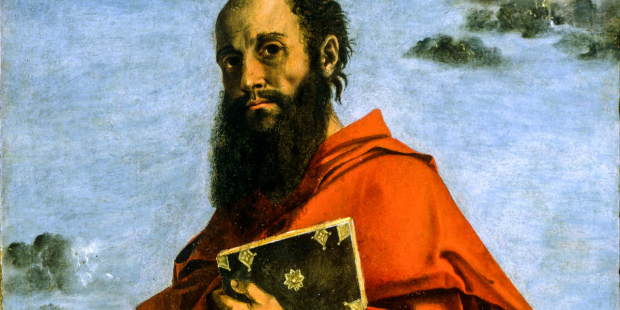 A common refrain among "liberal Christians" is that the authors of the bible (and St. Paul in particular) did not mean to condemn homosexuality as we know it today. Their condemnation was not against people that are born gay who desire committed long term relationships but instead the condemnation is simply of a general going against your nature to do immoral stuff. If it is condemning anything, it is a straight guy doing gay stuff. But Paul didn't mean to condemn people like presidential candidate Mayor Pete Buttigieg who is happily married to another man and claims to be a devout Christian.  If Paul saw Mayor Pete, he would

Except that this is completely false. Same sex relationships were not only common but they were expected. Historian Tom Holland in, "Dynasty: The Rise and Fall of the House of Caesar," discusses the sexual mores of the Roman elites. An interesting passage comes when he discusses the Emperor Claudius. Here is the passage:

"Those who wanted [Claudius's] ear, often made sure to exploit his sexual tastes, for everyone knew that he only ever slept with women. Like his concern that people should feel free to break wind at table, or his insistence on adding three new letters to the Latin alphabet, the complete lack of interest he had always shown in forcing himself on male partners marked Claudius out as a true eccentric."

So... males regularly at least experimented in same sex behavior all the time (to the point where Claudius was thought weird for not doing it) and many clearly preferred this (ie were gay by today's definitions). Some did it exclusively.

And gay marriage was not unheard of either. Nero, for example, married a Eunuch named Sporus. And the fact that Constantius II had to outlaw gay marriage in 342 AD shows that it was something that was a thing before that. So, Paul and the other authors of the New Testament lived in a world with a lot of gay sex and at least some gay marriage. We cannot plead ignorance. They could have said, "we know some of you are inclined to homosexual sex and some are bisexual but you can only do these things in married relationships." But they did not say this. They said the opposite.

Paul repeatedly lists homosexuality along with other sins. For example,

And in his letter to the Romans, he lists homosexual behavior as the prototypical example of a people turning away from God,

"They exchanged the truth of God for a lie, and worshiped and served created things rather than the Creator-- who is forever praised. Amen.26 Because of this, God gave them over to shameful lusts. Even their women exchanged natural relations for unnatural ones.In the same way the men also abandoned natural relations with women and were inflamed with lust for one another. Men committed indecent acts with other men, and received in themselves the due penalty for their perversion." (Romans 1:25-27)

And it is not just Paul. The entire New Testament assumes that sex should only be practiced in married heterosexual relationships. For example, Jesus says,

“Haven’t you read,” he replied, “that at the beginning the Creator ‘made them male and female,’ and said, ‘For this reason a man will leave his father and mother and be united to his wife, and the two will become one flesh’? So they are no longer two, but one flesh. Therefore what God has joined together, let no one separate.” (Matthew 19:4-6)

You shall not lie with a male as with a woman; it is an abomination. (Leviticus 18:22)

So, to recap... The ancient Roman world that Jesus, Paul, Peter, James, John and all the authors of the New Testament lived in was full of homosexual behavior and even included some committed homosexual relationships/marriage. And rather than affirming this or giving guidance to it (ie 'only do it in married relationships') the New Testament clearly reaffirms the ancient Jewish teachings against the practice and in many ways adds to it (i.e. saying homosexuals will not enter the kingdom of heaven).

Now... it is true that the New Testament also preaches love and care for all people. Jesus famously told those who wanted to stone the woman caught in adultery that whoever was without sin should cast the first stone (John 8). But when everyone had left Jesus told her to, "Go and sin no more." Love does not mean that we should not tell someone when they are sinning. Love does not mean that we need to affirm every moral choice anyone makes. As a matter of fact, those who take the bible seriously would argue that true love is warning people who are doing things that will cause themselves harm to stop.

Whatever your thoughts on the bible, it is wrong to claim that St. Paul and the rest of the authors were speaking out of ignorance. They knew what homosexuality was and they condemned it.