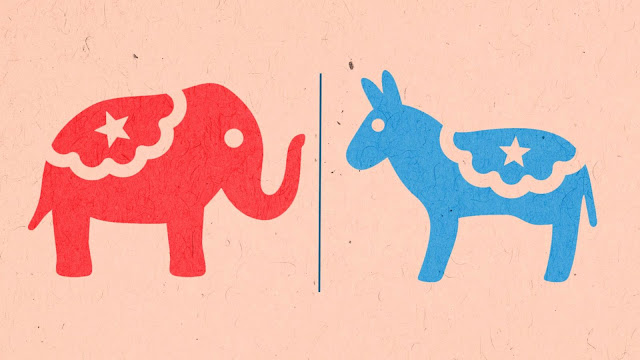 The President recently gave a speech and guess what the Chicago Times said about it?

"The cheeks of every American must tingle with shame as he reads the silly, flat, and dishwatery utterances."

Typical comments from the mainstream media about Trump right? And another example of this sort of disrespect came from The Baltimore Sun when they wrote,

"We do not believe the Presidency can ever be more degraded by any of his successors than it has by him, even before his inauguration."

But even these insults do not match the personal nature of some critics. For example, consider this line from a satirical biography of the president,

"when walking he resembles the offspring of a happy marriage between a derrick and a windmill…. His head is shaped something like a ruta-bago, and his complexion is that of a Saratoga trunk."

Wow... really? I am sure you are thinking those are harsh comments about President Trump. But you would be wrong. Those were comments about Abraham Lincoln. That first quote (from the Chicago Times) was written about the Gettysburg Address! Throughout his presidency, Abraham Lincoln was thought by many elites to be ugly, stupid, and a national embarrassment. Many were shocked that the man could be supported by anyone.

Of course, history, judges him much more kindly. He is considered by many to be among the best presidents and ended up on pennies, $5 bills, and Mt Rushmore.

But this goes to show that sometimes it is very hard to know how history will judge a president when looking back. The fact that some find the powerful man to be an embarrassing idiot, does not mean that history will remember him that way.

This morning, "53% of Republicans..." was trending on Twitter. It was a reference to a recent poll that showed that slightly more than half of all republicans consider Trump to be a better president than Lincoln. Those citing the poll on Twitter seemed to disagree very much. The laughed. They expressed outrage. They attributed a whole range of negative attributes to republicans for feeling that way.

Is Trump a better president than Lincoln? I think comparing presidents is silly given that every man has had to deal with their own unique set of circumstances. McKinley had to deal with the Spanish American War, FDR did not. FDR had to deal with WWII, Nixon did not. Reagan had to deal with the Soviets, Clinton did not. Bush had to deal with 9/11, Obama did not. And Abraham Lincoln had to deal with a Civil War, Trump (so far) has not had to. So, we can evaluate the actions of each president based on the circumstances of their day but I think it is very hard to compare presidencies (especially ones separated by over a century). Reagan seems to have handled the Soviets well (with them folding shortly after his leaving office). Bush did okay rallying the nation after 9/11 but got us in two wars and gave us the Patriot Act. Obama, in my opinion, did a crappy job with the 'Arab Spring.' Lincoln did a pretty good job with the Civil War (and ending slavery). Trump.... is still going. We can't judge him yet. A few years of perspective at the least will be needed. Personally, I think he is doing just fine so far but I know that many disagree. Time will tell.

But if the question is, "If we had a time machine and could put Lincoln in place of Trump for the presidency, would you do it?" I think I would have to say, no. The press is different. Social media is a thing. The issues are different. Debates are different. Everything is different. And I have no idea how well Old Abe would handle any of this. He might do okay but he could be a disaster. Trump's not perfect and who knows how he will rank on the list of presidents but he is doing well enough on the issues I care about (judges, abortion, war, etc) where I don't think I would make a trade with too many other presidents in history. Not sure if that puts me in the 53% or not but I honestly find the question to be flawed.