Men and Women act Differently with Regards to Sex 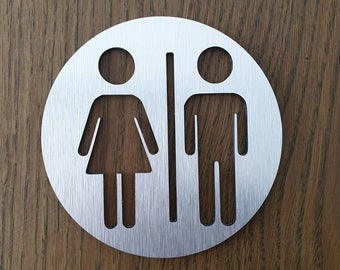 With the Trans movement, one of the things that has come up is that allowing biological males that identify as women into women's bathrooms, this will put women at risk. Which brings up the question: why are do we need separate bathrooms at all? Bathrooms are intended to go to the bathroom and not for sexual purposes. The idea that we need to put men in one place and women in another is strange. Should we not just teach men that they should control themselves?

The answer is that of course men should not act creepy around women in the bathroom. Men should not peek into the stalls at women. Men should not sexually assault women. But the reality is that you know that if we mixed public bathrooms, this is exactly what would start happening.

On the other hand, there would be almost no assaults the other way around. There would be very few examples of women creepily peeking in while the man is sitting on the toilet.

Why? What's going on here?

People talk about morality laws being meant to ‘oppress women’s sexuality’ but I am pretty convinced that morality laws are almost always there to stop men from being creeps. Immoral men say creepy things, stare at private parts, follow women, and make crude jokes. Immoral men that are also criminals take all of these things to the horrific next level by grabbing, flashing, and raping.


There are plenty of immoral women out there but their immorality rarely manifests itself in this way. They might be promiscuous.  But rarely do they act in the particularly creepy way that men do.
Why is this so? Because inherently, men operate differently from a sexual standpoint. I remember an old sketch comedy from my childhood (I have been unable to remember what show or I would reference) that had a man and woman explaining the different sexual attitudes. The woman asked the man a series of questions.

The bit was funny because everyone knows it is true. Men without the Christian sexual ethic, are happy to have sex with almost any woman who consents. In contrast, a woman is typically much much more picky. She requires a man with a good job, who is funny, and reasonably attractive. Often she wants more than a one-night stand. Despite fifty plus years of society telling women to be "sexually liberated" by rejecting the Christian sexual ethic and to act like men sexually, women still do not act the same.

I explain why in this article but for our purposes, we can just admit this is true. In a world that thinks that there are no inherent differences, let's admit that men and women are different sexually.