Is being gay a "choice?" 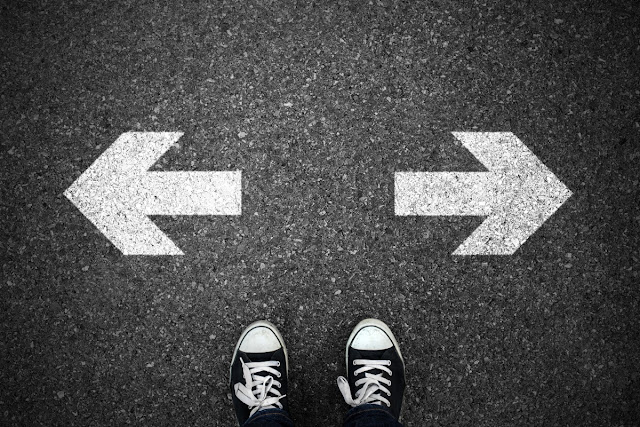 As I have written about here, Science Magazine published a groundbreaking study a few weeks ago that stated, "[Genetics] do not allow meaningful prediction of an individual’s sexual behavior..." In other words, our sexuality is not genetically determined. The study goes on to say that "sociocultural influences" need to be considered to understand sexuality. In many ways, this is all shocking news given that the LGBT movement has been built on the mantra, 'born this way.' But identical twin studies should be sufficient to show this is not true. Despite having identical genes and a very similar experience in the womb, only a small percentage of people with a gay twin are themselves gay.

Now, I have had a number of discussions with homosexuals since this study came out and they have insisted that they did not choose homosexuality. Whatever the cause, it is not a personal choice. Some combo of genetic and environmental factors made them this way. But not choice. Mayer Pete Buttigieg recently hammered this home by saying, "if you had shown me exactly what it was inside me that made me gay, I would have cut it out with a knife.” And you know what? I believe them. I believe that there was never a conscious choice for many gay people. In fact, I believe that for many gay people, they tried to choose not to be gay but found heterosexual attraction/orientation impossible to achieve.


But "choice" is a complicated word.

I smoked cigarettes from age 17 to age 22. Did I choose this? I can honestly say that I never consciously chose cigarettes. A friend offered me one, I wanted to impress, and then I just sort of developed the habit from there. It was super hard to quit. Never a choice. I have always loved pizza - specifically vegetarian pizza. Is this a choice? Not a conscious one. My dad made great veggie pizza when I was a kid and developed a love for it that I haven't been able to shake (even when I thought it might be good to shed a few pounds). I love classic rock. Did I choose this? Well, my dad and my buddy in high school both loved classic rock. I grew to love it as well. But with different friends and family, I would not. I certainly never thought - I am going to love classic rock.

In fact, almost nothing I do in life was a conscious choice. The women I have tried to make like me. The style of clothes I find attractive. The sports I like watching. The fact that I spend hours every day on Twitter..... definitely not a conscious choice. And many things that people call choices, I honestly cannot quit doing. Anyone that has been on a diet knows how hard it is to stop eating so much..... but is eating certain foods really not  a choice? If that is not a choice is anything a choice?

And that is key to this whole discussion. Why do LGBT advocates insist that their orientation is not a choice? Because choice is a way that we differentiate between changeable and unchangeable things in our lives. If a doctor told me that I had to cut out the pizza or die, I could probably change it (maybe). But if a doctor told me I had to change my eye color, I could not change it no matter how much I wanted to. When we say something is a choice, we are not claiming that there was some conscious decision at some point in time. We are not arguing that it is easy to change.

So maybe a better way to talk about stuff like this is to differentiate between behaviors and traits rather than choices or not-choices.

We can apply ethical standards to behaviors but not traits. Behaviors are things that we can call good or bad. Traits are things that just are and lack any sort of moral quality at all. My eye color is a trait. My pizza eating is a behavior.

Behaviors might be very difficult or even impossible to stop. Someone might become addicted to smoking and seemingly have no choice at all in continuing. But we can still say that this bad. In contrast, someone with red hair should never be told having red hair is bad - it is a trait not a behavior.

With this differentiator in mind, what category should we put sexual tastes in? I think that it needs to be put in the category of behaviors. Like the music we choose, the foods we like, and the clothes we find attractive, we might be attracted to certain humans. We might pursue certain people for romantic reasons. We might attempt to engage in sexual encounters with certain people.

And each one of these categories can be evaluated ethically. We can ask, should you be attracted to that person? And if that person is underaged, or someone else's spouse, or a family member, we should say, "No, get that thought out of your mind!" And do our best to never think it again. We say professors that pursue romantic interests with students are being unethical. We can say that sex between a psychiatrist and a patient is immoral. In other words, when it comes to our sexual tastes, pursuits, and behaviors, we can say, "that one is good and that one is bad."

That doesn't mean that someone can easily change those things. I know men that are addicted to porn. That cannot quit. That have gone to therapists. That have tried online filters and accountability software but cannot quit. Maybe not a choice. But it is an immoral behavior that they should quit. I know that there are nymphomaniacs out there that hate themselves for having promiscuous and risky sex. They cannot quit. Not with therapy. Not with tears and great regrets. Just cannot do it. But they should quit. With every sexual behavior we can apply ethics and ask,  "good or bad?"

So.... homosexuality? Not sure how this does not fall in that same category. Maybe, like so many other things, it is not a conscious choice. Maybe it is something that is hard... perhaps impossible... to change. But we can evaluate it the same way we evaluate the man using porn or the nymphomaniac (or any other sort of behavior) and ask, "Should you be doing it?" Like all other sexual patterns, it can and should be evaluated through an ethical filter. Every sexual behavior is subject to this analysis. Some we say are fine (for example, a young heterosexual couple on their wedding night) and some we say are immoral (an incestuous relation between an uncle and a niece).

Homosexuality can and should be evaluated ethically. We can and should ask, is this moral? And that evaluation might bring different answers depending on where you think morals come from. My main point here is to say that there is nothing wrong with asking the question. And someone that concludes that it is wrong to practice homosexuality is not the same as someone that is racist or bigoted about traits.