Four Things Future Societies Will Laugh at Us About 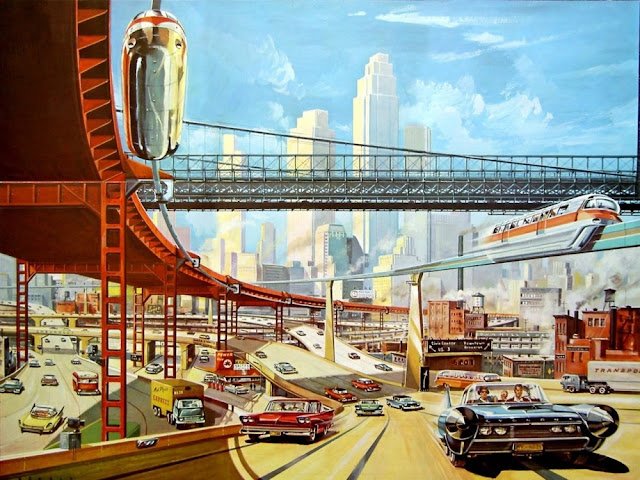 CS Lewis said that we should read authors from centuries past because every age has its errors and while old authors come from eras with their own errors, they also shed light on the errors of our own day. Certain things in our own age stick out dramatically from the way humans have thought for our entire existence. What are the chances that we are getting these things right and every other human from every other era is getting it wrong? I would say it is highly unlikely.

So... from my reading of ancient authors and history, what are the things about modern American society that will be laughed at by future generations? I am working on a longer list but here are four things I have noticed. I will add to this in time.

1- Thinking Artists are Important
Every society has had art. Going all the way back to cave paintings. But our own views of what art is and its significance is insane by historical standards. Instead of being a thing we do for enjoyment or the beauty of it....art has become self important. Artists do not just create beauty.... they make statements. They try to show the sheep of this country the way to truth. They are dangerous. They are meaningful.Whether painters like Banksy are speaking against capitalism, directors like Edward Zwick creating films about the horrors and abuses of the diamond industry, or musicians like Taylor Swift (of all people) teaching us why we should be all cool with LGBT, artists have something to say. And it is profound.

But...so many questions about this. Why are artists always trying to say something profound? Who are  they to say something anyway? It is a weird thing and something that really has not existed in history. And I doubt it will last.

2-Treating Dogs Like Kids
I love dogs. Humans have always loved dogs. Man's best friend. Amazing animals. But there is something about dogs in today's culture that has gotten obsessive... almost creepy about it. Birthday parties. Dog parks. Twitter feeds. Take your dog through the city and watch the number of people that gush.

I think this might have to do with the ridiculously low birth rate? Maybe. I don't know. But I don't think this will last.  Dogs will always be a part of human life but the time will come when they go back to just being a pet rather than your favorite child.


3-Constantly Psychoanalyzing Ourselves
I just listened to the free audio book, The Burnout Generation, and it was painful to listen to. It was an entire audio book about young people who never had any real problems reflecting on minor stresses in their lives. In order to reflect on these stresses, they go back and reflect on all their experiences growing up. They talk about their expectations. They obsess over choices they made. On and on. And you cannot blame them. Their parents probably obsessed over them as well. Parents now think that every book their child reads, every sporting event, every school play just might be the thing that makes or breaks their kid.

It is a weird thing. In the old days, parents just sort of tried to keep their kids alive. Now we all have to keep detailed accounts of everything that happened so that we can understand why we get stressed about about getting behind on doing laundry.

I think it might be the influence of Sigmund Freud. Not sure. But it is weird and it won't last.

4-Not knowing the difference between boys and girls
Every society in history knew the difference between boys and girls. Not us. We don't even know that there are such things.... gender is a social construct. I've written on this in the past so I won't go on too long here but feminism, the LGBT movement, and gender studies departments at universities will be looked back on with curiousness and embarrassment at some point in time in the future. I have no doubt.


Anyway... I will be adding more at some point in time but these are four things that future societies will laugh at us about.