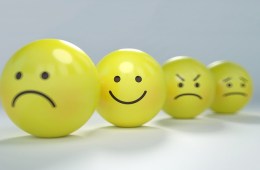 When it comes to admitting differences between men and women, this is the elephant in the room. Everyone knows it is there. Everyone avoids talking about it.


Jerry Seinfeild has a bit where he says to women, “I bet you would like to know what men are really thinking. Would you like to know? Alright, I will tell you. Nothing.” His joke is that men tend to be oblivious and take things as they are. This, of course, is a generalization (as everything I am writing here) but it points to another general rule. Women seem to be sensitive to how others are feeling and thinking in a way that men are not. Most kids know that when they are hurt or sick, they should go to mom, not dad because they will get more sympathy.
Does this mean men are bad? Nope. Sometimes being numb to the emotions of others is a good thing. It is especially important in war or in business when hurting others (via guns or layoffs) is important for the common good. But neither is it bad for women to have this sensitivity. It is a beautiful thing that everyone around women appreciate. This is not a difference that is good or bad. The differences are just reality and they make the world beautiful.