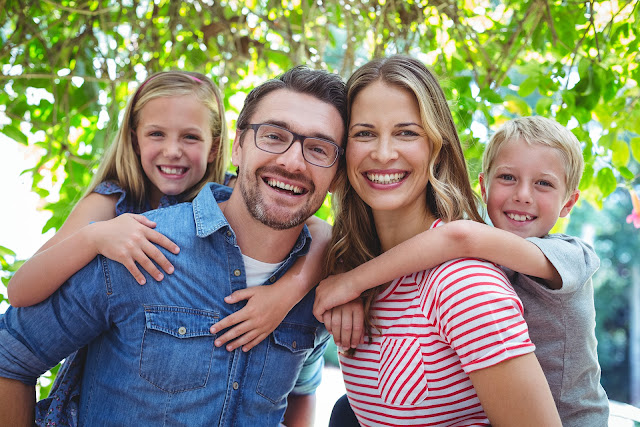 It used to be that conservatives stood for 'family values.' Back in the 80s and 90s that was something republicans talked about. Not any more. Now conservatives bend over backward to show how open minded we are. Our pastors swear in their sermons. We all like to brag about having lots of LGBT friends. We listen to Eminem. And most of us are voting to legalize pot.

Family is hard and we all know that they are less than perfect. Dad is goofy most of the time and when he is not he is grumpy. And he is always sort of smelly. Mom is obsessive and naggy and doesn't know how to let anything go. You sister annoys the crap out of you. Your brother is okay most of the time but his friends steal your crap every time they come over. There are a lot of times when you sit around and wonder: what is family good for? Wouldn't it be better if we just reworked things? Maybe we could make society arranged by friendship? Live with who you like. Have Thanksgiving and Christmas with who you like. Stop with all this outdated stuff based on genes?

But family is not something we should be quick to set aside. And we should be pretty damn slow to start changing how it works. Dads are important. For whatever reason, that sometimes goofy and sometimes grumpy guy helps kids. Girls learn what it is to have a non-sexual relationships with a grown man. Boys learn what it is to be a responsible adult. Moms are important too. They teach girls how to be a woman and do all that stuff dads don't know (periods, shaving, etc) as well as how to interact with men. Boys learn to respect, love and learn from a woman. And those siblings are important too. They teach us to share, to deal with unreasonable people, and they are often our earliest playmates and the people we learn a ton of stuff from.

Of course, there are dysfunctional families. All families are to some degree. But the fact that no family is perfect does not take away from the fact that even imperfect families help us to be better people. Study after study shows that kids that grow up in households with married parents tend to be happier, healthier, and wealthier.

But more than just making us happier, families do something that no other institution does. Families pass on a heritage. History. Shared values. Religion. Morals. It is your mom that slaps your wrist when you are rude. It is your dad that yells at you when you punch your brother. It is your mom that tells your sister not to sleep around. It is dad that puts the fear in her not to. It is dad that scares you not to smoke pot. It is both of them that drag you to church. And when you are young, that all seems like a pain in the butt. But then you have kids, and you realize that your parents were not so dumb after all. You start teaching your kids the same things.

Heritage. Morals. These are the things that build societies. Destroy them, destroy society.

And lest you think this is just Lewis Ungit talking, let me quote two different visions of the world from the people that built nations. The first vision is cast by the men who wrote the United States Constitution. The men that wrote the constitution (aka the Constitutional Convention) said in the introduction to the Northwest Ordinance (the document that helped end slavery) the following, "Religion, morality and knowledge being necessary to good government and the happiness of mankind...."

Consider those words. They are saying that for a people to be free as they had envisioned in the constitution, the people needed to be moral. The people needed to be religious. The people needed knowledge and wisdom. In other words, the people that set our nation up.... the first successful democratic republic in history... said that HERITAGE was NECESSARY for this whole thing to work. Family values - parents teaching their children right and wrong.... were not side issues. They were central issues.

Why is that? Well, for a nation to be free, you need the government to be small and uninvolved. You don't need the government to be a nanny state. But what if the people are making up morals as they go and living wild and free? Well, according the folks that wrote the constitution, nothing would work. The state would need to get bigger and bigger to control an out of control populace. Freedom would erode.

No. Family values are needed.

But there is another vision. Karl Marx, the man whose ideas were used to establish the Soviet Union, the People's Republic of China, and North Korea, wrote the following, “On what foundation is the present family, the bourgeois family, based? On capital, on private gain. In its completely developed form, this family exists only among the bourgeoisie.” He goes on, “The bourgeois family will vanish as a matter of course when its complement vanishes, and both will vanish with the vanishing of capital.”

For Marx, the family is not critical... in fact, the family is a stumbling block. We need to get rid of it. All that heritage, keeps people thinking about property and rights. That is bourgeois thinking. It needs to go. The family needs to be destroyed for true socialism to work.

Socialism works best without a family. Constitutional conservatism ONLY works with the family.

Now.... think about LGBT. Consider the fact that the movement for LGBT rights (legalization, civil unions, marriage, trans-bathrooms etc) has been a direct effort to redefine the family. It has been promoted not by conservatives but by people that leaned toward (or openly admitted to) being socialists. It was never about freedom (most conservatives do not care about what you do in the private of your home) it was always about changing morals and .... more importantly... destroying the concept of family.  Every gay couple is a family without the two genders. Either there is no dad or no mom. Marriage itself becomes a way not to have children and pass on heritage but a way to say, "I really love you and want to have sex with you alone." It changes everything.

And you don't think this is by design?

One week ago, a study of 493,002 people concluded that genes do not predict our sexuality. Despite being told for 40 years that this is why we had to accept gay marriage, it turns out you are not born that way. But the story is being buried. The LGBT movement continues stronger than ever. Because this was never about truth. This was never about inclusion. This was always about destruction. Destruction of the traditional family.