Why didn't Christianity end slavery sooner? Is a ridiculous question 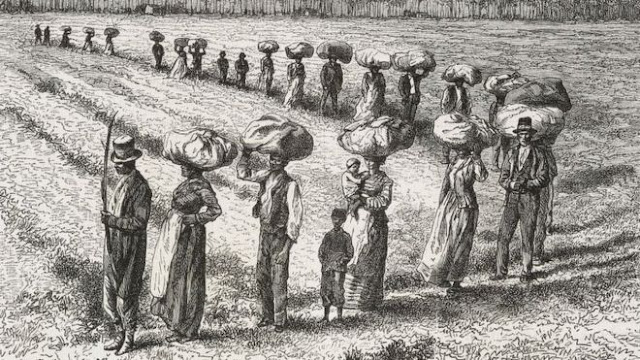 I find this question funny. People criticize the Christian world for not ending slavery fast enough.And on some level, I agree. We should have ended it earlier and more completely. Popes, pastors and Christian leaders who gave any support to slavery made a serious error.

But that is not the funny part. The funny part is this. We ended it first. We ended earlier  than anyone. Christians ended it for all intents and purposes in the middle ages and then completely banned it in the 19th century.

And we were the ONLY major culture to end slavery. Secularists didn't do it. Devout Christians did. So the complaint is "you guys didn't do it early enough."

Imagine being a kid in a filthy house. The dad left for the day and said he wanted the house cleaned when he was gone. Imagine the kids debated what the dad wanted. Billy said he was not cleaning and that he was going to watch TV. Anna said dad never punished people for not cleaning so we could do what we wanted. And Chris said he didn't want clean either. But after a while, Chris started to feel guilty. Finally, Chris started cleaning. He did it slower than dad would have wanted and probably didn't clean as much as he should have.

How ridiculous would it be if, when dad got home, Billy and Anna who had done nothing, complained against Chris? "Chris thinks he is so good but look at what he said. He said he didn't want to clean. Then he sat around. When he did clean he did a crappy job of it. Chris should be ashamed of himself."

Now. Maybe everything they said was true. But shouldn't Billy and Anna be thanking him for doing anything? Isn't it Chris' cleaning that is the remarkable part not his sitting around (everyone was sitting around)?

This is the critique of Christianity and slavery. We moved earlier and more substantially at ending slavery when no major culture or empire had in the known history of humanity. But Monday morning quarterbacks who are members of religions and philosophies that did nothing to help the slave, complain that the one culture/religion that did, didn't move fast enough.