Where Does Good Come From? Answering the Euthyphro dilemma 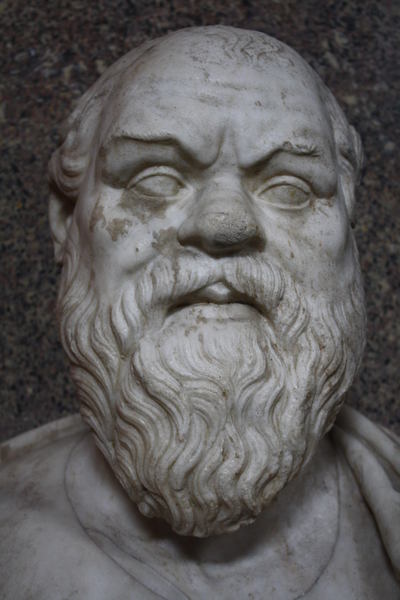 Where does good come from? You might answer, "God defines what good is." But then I might answer, but what if God said something was good that was not good? If God said killing innocents was good would that make it good? It would seem that the concept of good cannot come from the concept of God. This is what philosophers call the Euthyphro dilemma. It was originally found in Plato's dialogue Euthyphro, in which Socrates asks Euthyphro, "Is the pious loved by the gods because it is pious, or is it pious because it is loved by the gods?" Although this dilemma is old, it is still often quoted by atheists.

I have argued in the past that morals must come from God. But this is a challenge to that idea. Morals, if Euthyphro's Dilemma holds, cannot come from God but must find its source elsewhere.

But I think this philosophical dilemma is solved very simply: goodness equals God-ishness. In other words, if instead of saying that morals and God are two separate things, let us consider that morals are simply us observing God himself. They are attributes of him. What we call good is actually us observing various aspects of God in the world around us.

Since no man sees God face to face, we tend to see his attributes more often. We know what those are and we call them good. Then you have atheists who deny that God exists but cannot deny the attributes. And, in their mind, they start to separate good from God conceptually. But they should not be separate.

To understand my point, imagine a sculpting class where the goal of the class is to make clay dogs. But the class if full of people from a remote island who have never seen a dog. Instead of saying, "we are going to make clay dogs (which they would not understand)" the teacher says, "make four legs, floppy ears, a long snout and etc." And at the end of the class he grades each work based on its doggishness.  Later, the class gets their grades and they come to recognize that "good" equals something that (to us) looks like a dog (even though they do not know what a dog is or the word dog). After a while, the teacher brings in a dog and shows them. They all say "that is very good!"  For them, good equals dogish. And the actual dog, is the perfect representation of dogishness.

A class member stands up and says "aha! I now realize that everything we considered good is based on attributes of this dog. Good equals dogish."

We humans do not see God. But we have come to accept his attributes (God-ishness) as things we call good. Everything we consider good is based on attributes of God. Kindness. Love. Peace. Healing. Laughter. Generosity. Etc. All are part of who God is. When we look at God and in particular at his incarnation (Christ) we see God-ishness and what we call goodness converge. We see an answer to Euthyphro's dilemma. It is an answer to the question "where does good come from?" in God incarnate. We see that although we have been molding our clay gods trying to make good in the world around us, the perfect representation of good is found in God incarnate.

With this, the question of Socrates makes no sense. Let's consider it again while inserting 'God-ish' for pius, "Is the [God-ish] loved by [God] because it is [God-ish], or is it [God-ish] because it is loved by the gods?"  You can see this all seems redundant. Good and God are not separate ideas to be considered together. They are one thing tied together.