The Stories We Tell About Ourselves and Why History Matters 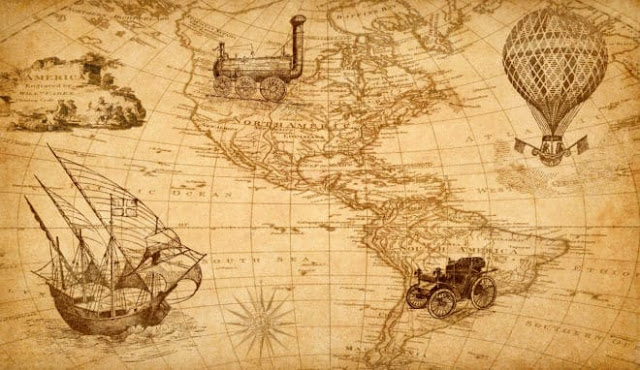 How we tell history shapes our future. Humans are shaped by our stories. Each of us tells our own history. One might say, 'I have always been a scrappy fighter. I overcame being cut from the basketball team and ended up being an all-star. I got better grades than the smarter kids and got into that top university. And once I entered the workforce, I got promoted faster and younger than almost anyone in my age group.' Another might say, 'I have always different. In third grade, I was picked last. The girls didn't like me. I never got invited to the parties in high school. And in college, I mostly kept my head down and didn't socialize.' Others might think of themselves as the smart one, the funny one, the athlete, or the creative one. But we think this based on our history. Who we were when we were kids, college students, and in our early career becomes who we are.

And this brings me to the telling of history. Let's take religion as an example. How do we tell the history of Christianity? Many modern Christians dismiss this question. Just preach the gospel they say. I think this is an act of religious suicide. If you let anti-Christians tell the story of Christianity, it goes like this:

'Ancient Greece and Rome built the foundation for progress. Philosophers like Plato and Aristotle created the first hints of the scientific pursuit that built both of those great civilizations. Technology and social order grew and expanded. Until Christianity came about. Almost immediately, things went down hill from there. The Dark Ages were welcomed in. Heretics were burned. Witches were hunted. People stopped taking baths. Disease spread. Constant war broke out. Slavery came. And only after people started questioning Christianity did the Enlightenment begin. This ushered in the Scientific Revolution. Democracy. The end of slavery. The civil rights movement. Globalization. And finally rights for LGBT. Christianity was a huge dark spot in human history but now it is thankfully fading from the world scene.'

If this history is believed, what does someone think when you approach them with the gospel? Are they receptive? Do they wait to hear what you have to say? No. 'Just preaching the gospel,' becomes an almost impossible task and few if any will have anything to do with you.

But consider this. The history told above is a complete lie. Almost every word. Ancient Rome and Greece did not set the stage for the rise of science and their societies were filled with oppression, slavery, widespread infanticide, and war. When Christianity came on the scene, things started to get better almost immediately. Infanticide was illegalized. The gladiator games were abolished.  Slavery faded from the European landscape. Hospitals were founded. Orphanages took care of the bands of orphans that had previously plagued major cities. The church protected the poor and provided a check on the rich and powerful. Scholars now reject the term, 'Dark Ages,' because it has become very obvious that this era was actually one of amazing growth in knowledge and academic pursuits. The early scientists were not Enlightenment skeptics of religion but were instead devout Christians. Christians led the way in ending slavery (when it popped back up in the New World). Christians led the way on the Civil Rights movement. And far from shrinking from the world scene, Christianity continues to grow both in the United States and globally. Far from being a dark spot in human history, Christianity has shed light on a dark world and continues to do so.

Another history is that of Western Civilization. Is Western Civilization a history of stealing ideas from the Chinese, land from the Africans and Native Americans, and generally oppressing the world? Or is ours a unique civilization that was the first to end slavery, the first to introduce republican democracy, and the first to establish the concept of universal human rights? How you answer this will probably affect how view concepts such as multiculturalism, religion, and immigration.

"History will be kind to me, for I intend to write it."


The stories we tell about ourselves matter. History matters. And the people we have put in charge of our history departments are overwhelmingly liberal, socialist, and anti-Western in ideology. History is war. And we have given control of the guns to the enemy. And so we must take back control. We must research, retell and correct the historical record. Winston Churchill once wrote, "History will be kind to me, for I intend to write it." Every person that loves God and country should take this as a personal battle cry. Everyone should become historians of the truth. We need to tell the truth about the history of the church, the history of our culture, and the history of our nation.