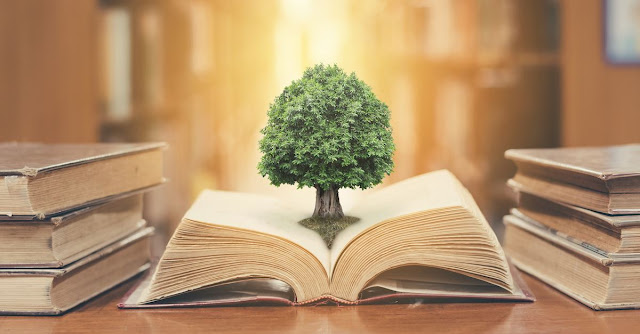 We live in the information age. We know more things about more things than we have ever known before. Wikipedia is a library so big that surely puts to shame every other library in human history. Our universities are full of specialists on every subject you can think of. Do you want to know what Mark Twain got for his 50th birthday? I am sure some Twain scholar knows. Want to see two grown men fight about how the Romans made their buggy whips? Give a couple of drinks to the guys in the history department. We know a lot of things. And we are hungry to learn more things. Our national focus on education feeds this hunger. The internet feeds this. Every parent on the planet feeds this. Get educated or be poor and stupid are the choices.

And so the people we turn to for direction are, predictably, experts. People who know a lot of information about a given subject. Is there going to be a war with North Korea? Quick, find an expert on the region to tell us his thoughts! Is the trade war with China going to end soon? Bring in an expert on China! And God forbid if someone doubts the experts! They are experts after all. They know a lot more than you do.

But here is the thing. Experts in most fields are not that good at making decisions. Hiring business professors to run your business rarely works out. Hiring professors of agriculture to run your farm rarely works out. And asking an economist to predict the future of the market almost never works. In fact, a famous study by Philip Tetlock, Berkley psychologist, showed that experts are no more likely to predict their field reliably than non-experts.

The answer is that we as a society have confused wisdom for intelligence. We use the words interchangeably. They are quite different. Intelligence is knowing facts. Wisdom is the ability to make right choices. Think about a film critic and a master director. The critic has been to art school. He knows the craft. He has studied the history of film. He has almost endless information about film. And yet, if you gave him a $100 million and a camera, the chances that he would make a film worthwhile are doubtful. In contrast, the great director might be unable to cite the history of film and might not have half the knowledge of the critic but nevertheless has an ability to get the right shots, inspire the actors to get their best work, and tell a story in a compelling way.

Consider the business school professor. He can tell you all the theories on how to build a successful business. He can tell you how how others have done it. He can tell you the tools to use. He can explain why some businesses fail and some succeed. But.... you might ask, if he is so smart, why doesn't he start a business and get rich that way? The answer is that he might be terrible at actually doing it. The one and only time I interacted with a business professor was in a real estate deal I was trying to negotiate and the agent that was representing him said that he was making some of the worst mistakes that he had ever seen (I could not work a deal with him despite wanting to have get the property and having plenty of money to make the deal happen - I know for a fact that he lost a ton on the deal because it sat empty for a year after I walked away).  Compare this professor to the ornery old curmudgeon that owns half of your downtown and is sitting on millions. He probably doesn't know half of what that professor knows. Except how to make money doing it.

This is the difference between wisdom and intelligence.

Interestingly, most of the great thinkers in history spoke in favor of wisdom and warned about collecting too much useless knowledge. Seneca argued that knowledge for the sake of knowledge should be abandoned all together. Needless debates about ancient history were mere distractions from the truth in life. The Bible goes on and on about wisdom but rarely mentions the collection of information for information sake.

“Wisdom is with the aged, and understanding in length of days” (Job 12:12)

As a society we have embraced information but have rejected wisdom. The old are despised. Calling someone old is an insult. But biblically, the opposite is true, "Gray hair is a crown of splendor; it is attained in the way of righteousness." (Prov 16:31) Why? Because wisdom comes with age. Time teaches us the right decisions. We don't always know why. We can often not describe it. But give me a man with 30 years in the real estate business over a business professor any day of the week. Age. Time. We reject religion. Religion has always been a way of passing on wisdom. In the book of Acts, the Apostle Paul is insulted for bringing "new ideas" into Athens (Acts 17:19). The insult here (that most modern readers miss) is that old ideas have been tested. They work. If they caused ruin, we would know.