No, Mass Murderers Are Not A Bunch of White Nationalists 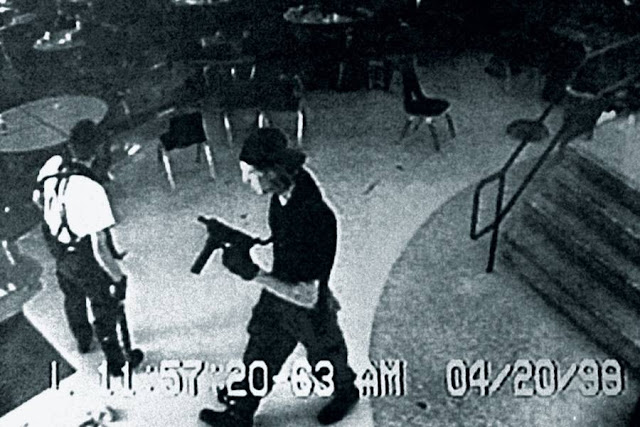 In the Twitter universe, one thing has become common knowledge: the people we need to look out for when it comes to mass killings are white nationalists. The El Paso shooter was a perfect example, a frustrated young white man with anti-immigrant politics went to a border town the specific intent of killing as many Hispanics as possible. Fingers immediately were pointed at Trump (who has been critical of immigration) and it was widely said that his anti-immigrant rhetoric was responsible. This rash of shootings is evidence for many, that there is something in white America that is going wrong. Probably thanks to Trump. A recent Sky News article asked, "Why are white men carrying out more mass shootings?"  Even Dave Chappelle in his recent "Sticks and Stones," special joked that while all parents fear their kid growing up to be a shooter, it should be the white people who worry most.

I decided to investigate this now conventional wisdom. Is it true that white parents, as Chappelle says, should be more concerned than the general population that they have raised a killer?

You might ask why this question matters. It is sad that it does. It shouldn't. But unfortunately, before the smoke dissipates on these shootings, the finger pointing begins. Whose fault is it? Who can we blame? Because we worship government this country, we like to point to politicians as our scapegoats. And since Trump has been elected, he has been the scapegoat of choice. His rhetoric, we are told, is stirring up hatred. Racism is on the rise and race based violence is becoming a true problem.

I took all mass killings (not just shootings) in the past century. I limited this to killings of 5 or more. I also eliminated any killings that were related to gang activity, domestic disputes, or robberies. The idea here is to limit this to the sort of seemingly random horrible incidents that make the news. Public shootings, acts of terrorism, and mass killings. In other words, killing for the sake of killing.

With these limits, I found a total of forty-one incidents. I then took the shooters and classified them by race. Here is a table of the findings:

Last note on this, if we did body count instead of simply incidents, these numbers become more pronounced. Acts by non-white murderers thanks in large part to the September 11 attacks add up to over 85% of all deaths related to killings of 5 or more people.

Racism sucks and I don't think that it is the ethnicity of these shooters that cause anything. It is a blend of political, personal, and socioeconomic reasons. But let's stop suggesting that they are all white and motivated by conservative leanings and Trump's tweets. It is simply false.

But what about political ideology? First off, I should note that neither Trump nor the Republican party supports white nationalism. I can say as someone that is fairly conservative, I find white nationalism to be terrible and something I want nothing to do with. It is strange that people holding a political view that Trump disagrees with (white nationalism) and doing something Trump calls horrific (mass killing) somehow get lumped into the Trump camp.

But even so, white nationalists are not a majority of these killers. I was going to provide a breakdown of each shooter by politics. But I found that this proved to be too hard. The overwhelming majority of these killers have no clear political ideology. For every killer who is a white nationalist, there are plenty of others that are liberal leaning on various topics. The El Paso shooter's dislike of immigrants got widespread news but his liberal leanings on the environment did not. Nor did the extremist liberal views of the Dayton shooter (who was a big fan of liberal causes including Antifa). But these few are the exceptions because we have a good sense for what they thought politically. Many such as the Las Vegas shooter, are mysterious and silent when it comes to politics. And for those that did have political leanings, it is not entirely clear that they committed the violence in that name. The El Paso shooter left a manifesto so we know his reasons (at least the reasons he wanted us to know). Few others did.

It makes sense that few killers fit in nice political boxes because, in the US at least, no political party supports terrorism or mass killings. Whether you are doing it as a democrat or as a republican, you break from your party by doing this. As a conservative, I know that I never want to see one of these shooters share any sort of ideology with me. I am sure liberals feel the same way.

And not surprisingly, I think much more common than clear identifiable political motivation,  was obvious anti-social and disturbed behavior. Many of these killers displayed troubling warning signs long before they did what they did. Many had trouble fitting in. Many were sociopathic in their tastes and in the causes they supported. Many came from troubled homes. Many had been treated with psychotropic drugs.

My encouragement to everyone reading this is stop using each shooting as a political hammer to hit someone with. Stop waiting for the shooter to be announced so that you can try to find something in his background you can blame on the party you dislike. Recognize that for most of these shooters, they are not logical, reasoned, or clear in their reasons for doing this horror. Most are just what they used to call 'mad men'. Horrible and unhinged people who have decided to ruin countless other lives for no reason other than hatred.

The damage done by blaming this on a political party is that it suggests that legitimate political positions are dangerous because someone might take that view and do something those who hold the position never intended. It is entirely possible to want stronger borders, for example, and simultaneously find any sort of violence to immigrants to be despicable. I would say that most people do hold that view. Each political view should not be judged by people who do extreme stuff but based on the merits (or lack thereof) of the view itself.