Why I Don't Believe the Climate Models 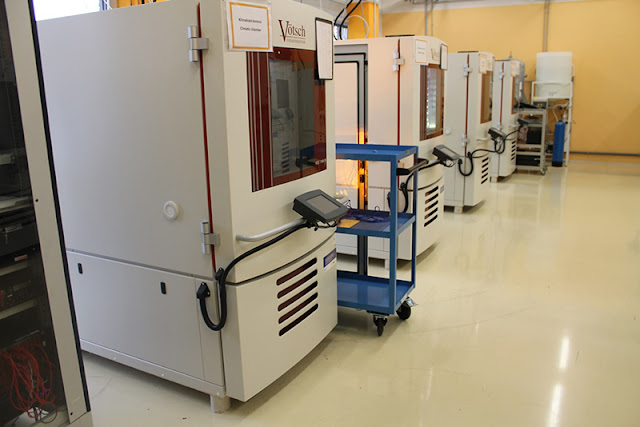 Before I became the world famous writer and podcaster that I am today, I was a lowly engineer. I have business and philosophy master's degrees but my undergraduate was in mechanical engineering. And some of the best lessons I learned about life came from working as an engineer in a test lab. One of the companies I worked for made plastic covers that bolted to aluminum engine components. There was a rubber gasket that would seal between the our component and the aluminum block.

In order to ensure the component would work, we would create a Finite Element Analysis (FEA) in which we would model each of the components (a nylon cover, a viton gasket, an aluminum block) and ensure that everything would work before we prototyped them. Then we would prototype them. Then we would test those prototypes in a thermal chamber (cycling the temperature from -40 to 150 C for 15 weeks). If the test went well, we would then put them on vehicles that would then go through further testing conducted by our customers.

But the real world is quite different from the modeled world. What I found was that sometimes the aluminum block would have porosity (little holes from the casting) that was not in the model and this would allow fluids to get past the rubber gasket. Or sometimes the gasket itself would degrade to the point of no longer being able to seal. Or sometimes the plastic would deflect and creep more than the model had shown. Whatever the reason, it was not strange at all for the FEA to completely miss a failure that happened when we tested the parts.

But I learned even more from my time in the lab. I learned that even when we had a leak, sometimes we could not figure out what was causing it. We had three components. Simple components we understood and had experience with. And we could not figure out why there was a leak. We would take the assembly apart and examine the components. The plastic would look brand new and without defect. The gasket would look brand new. The block would have no apparent problems with it. There was no discernible reason it was leaking.  And yet it was.

You could have a room full of engineers from some of the top engineering schools in the country with a ton of experience with these types of components who would be completely stumped.

By a simple three component assembly.

And from working in the industry, I know that these sorts of problems were not unique to our company or our application. Every engineer working in an automotive or aerospace lab knows the frustration of finding problems in the test that were not predicted by models and are difficult to solve even when you have all the components in your hands.

"Climate models are based on well-documented physical processes to simulate the transfer of energy and materials through the climate system. Climate models, also known as general circulation models or GCMs, use mathematical equations to characterize how energy and matter interact in different parts of the ocean, atmosphere, land. Building and running a climate model is complex process of identifying and quantifying Earth system processes, representing them with mathematical equations, setting variables to represent initial conditions and subsequent changes in climate forcing, and repeatedly solving the equations using powerful supercomputers."

I know for a fact this is BS. Instead of the three simple components our engineering team modeled with our FEA, these guys have climate change models that have to account for an almost infinite number of variables. Many of these variables are unknowns or extremely rough estimates. Many other variables have to be simply ignored to prevent the model from becoming unworkable. Many of the elements in the model are non-linear and hard to model. The environment in this world is almost infinitely complicated. 'A butterfly flapping her wings in Brazil can cause a hurricane in Texas,' as the saying goes. And then there are outside factors like magnetic field issues, sun spots, and solar flares. Then there are historic trends and cycles to the climate.  The whole thing is so complicated that even identifying all the variables is impossible let alone accurately and repeatably modeling them.

And unlike my engineering days, the climate change models are not testing known systems that have been tested and observed before. These models are new, the environmental changes are new, and the predicted results have yet to be verified.

I don't wonder if they are right. I know they are not. It is a joke. Simply too complicated to model. If you attached levels of confidence to all the variables the predicted results would have to include every possible future including global cooling.

Maybe Even This Guy's Prediction Would Be Possible

But while my team of engineers understood that the FEA (of three simple components) needed to be followed up by rigorous testing to ensure it was right, these climate models are taken as the GOSPEL by almost everyone. If someone so much as dare to wonder if man made hydrocarbon is causal in a warming trend, you get shouted down as 'anti-science.'

There is no lab to check the models. There is no way to verify we are using the right variables. Forecasters cannot tell us what the weather is going to be like in December but these "climate scientists" know what the global temperatures will be in twenty years.

When I think of the difference between science and pseudo-science it is exactly this sort of confidence I am thinking of. When you are so confident in something that is so obviously BS, you are not doing science anymore. It is a religion or something.