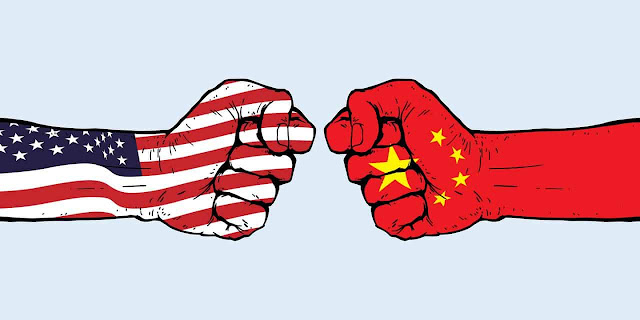 [This is an excerpt from an earlier article]
Free trade, from an economic perspective, is always a good thing. The best illustration of this that I have heard is the following. Imagine a classroom full of twenty boys and girls. Then imagine a generous donor goes to a toy store and buys 20 toys at random. Barbie dolls, hot wheels tracks, GI Joes, board games, etc. Then, imagine the donor then distributes them also at random to each of the twenty kids. Some get things they want (Jane got the American Girl doll she wanted) but some do not (Joe got a Barbie dream mansion). When the toys have been distributed, the teacher asks each student to rate (1-10) how happy they are with the gift that they received. Jane says, '10.' Joe says, '1.' The teacher then adds of the classroom score and gets somewhere a total (maybe somewhere around 100).

'Now,' the teacher says, 'get into groups of 5.' The class obeys. The teacher then says, 'you may trade but only within your group of 5.' The class trades. Some keep their toys (Jane) others trade (Joe). When the trading is done, the teacher again asks for a score. What will happen to this score? The worst that could happen is that it would stay the same (no one traded) but assuming that even one pair traded, the score would increase.  If Joe was sitting next to a girl with a GI Joe who wanted the dream mansion, his score might go from 1 up to 8. The girl with the GI Joe might increase her score from 2 to a 7. But no one would ever drop their score. If the trade did not increase your score, you would not do it.

Finally, the teacher opens things up again. 'Now,' she says, 'you may trade with anyone in the whole class.' When the trading is done this final time, the scores once again can only go up. The more potential trading partners, the higher the score's upside potential.

This is what happens when you have global trade. Each country (and each individual in that country) has certain skills (gifts) that they may or may not want to trade with those outside their borders. The more free the trade, the happier they will be with the lot that they have.

And this is true even if the other country limits its trade. So, imagine if one of the groups of 5 in the class room makes a rule that when the teacher opens things up, they will only allow trades if people from other groups include a $5 bill with the trade. Should the other groups trade with that group? Of course. It may be that Joe wants a toy that some kid in that group has so much that he is willing to include $5 along with his dream mansion. It is worth it to him. When the teacher takes the score at the end, he might give a 6 instead of an 8 but it will still be an improvement. What about the group that requires the $5? Good move for them? No. If you are Joe and you are in that group and you are trying to unload the Barbie dream mansion but that $5 charge makes it so no one will trade with you, you are bummed. It would be better for those in that group to figure out the best deal for them personally. Maybe that includes asking for money, but maybe not.

If China is dumb enough to have tariffs and restrictions on trade, it is bad for us.... but it is worse for China. If you could measure trade satisfaction like we did in the class, China would have the worst increase. They are preventing trades that might otherwise improve the lot of their population. The dumbest thing for us to do would be to copy them. The smartest thing that we could do is to maintain low tariffs on foreign goods regardless of their actions. This is the surest way to improve our lot in life. If other countries stupidly fail to do likewise, let them. Don't copy them.

Two possible exceptions on trade and tariffs
There are two times that I think that tariffs and trade restrictions might make sense: for military/humanitarian purposes and/or to attempt to create long term free trade. In the first case, it might be that Iran, China or other nations are doing things from a military or humanitarian perspective that we believe is putting us at risk or otherwise doing damage in the world. To the extent that we think that economic pressure might help, tariffs might be a way to apply that pressure. Tariffs do cause economic damage (especially with the US being as big as we are economically). I am not sure I have seen pressure like this actually work but it is conceivable that it would. Similarly, if we want China (or whoever) to offer free trade, it might make sense to attempt to use our own tariffs as a way of forcing them to negotiate. But this should only be done with full awareness that the ultimate goal should be free trade and that it will hurt us as well as China.

I fear that Trump thinks tariffs help us. They do not.