Why The Fed Should Be Abolished 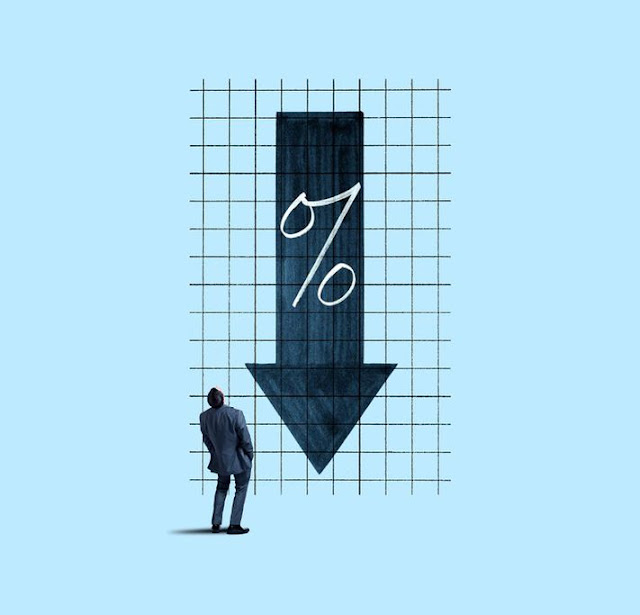 [This is an excerpt from an earlier article.]


Interest rates have been really low for a really long time. This is the result of the federal reserve lending at very low rates. 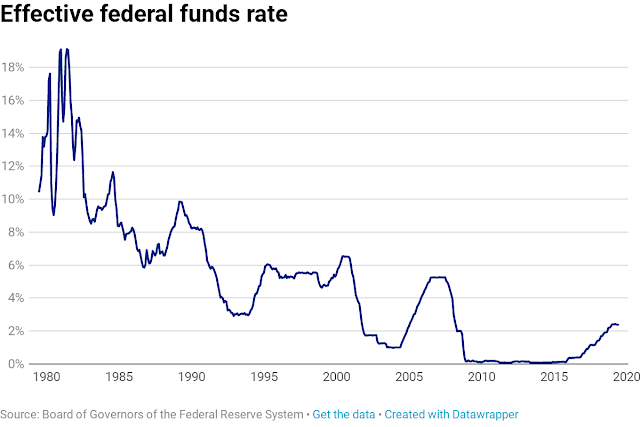 So, what is the federal reserve and how does their lending rate affect the economy? The answer is that the federal reserve was created to smooth out economic highs and lows by lending money at rates that the people running it think are needed. For example, if the economy is weakening, they will lower lending rates so that people borrow money more and presumably spend it more. This will create more economic activity and help avoid recessions. On the other side, at least in theory, if the economy is booming, the federal reserve increases its rates that will make loans more expensive. The goal here is not to reduce spending necessarily but instead avoid inflation that comes from giving too much cheap money away via loans from the federal reserve. In other words, the federal reserve by giving a low interest rate is essentially printing money and giving it away to whoever wants to borrow it. This necessarily weakens the dollar (if you give something away, its value has to drop) but they try to avoid weakening it by raising rates after the economic scare has passed.

I think to understand why this is bad policy is to step back and to ask what money is. Money is a placeholder for bartering. Ultimately, in a free market, each of us does things for other people. I write crappy books for example. If you want my book, I will barter with you for it. Say you are a farmer and grow corn. But I don't need corn. I need whiskey. I will trade my crappy book for whiskey but not corn. But you really want my crappy book. So, you take your corn to a whiskey distiller. And ask him for some whiskey. Thankfully, he does make some corn whiskey and is willing to make the trade. You give him some corn, get some whiskey, then you mail me some whiskey and I mail you the crappy book. You then leave a bad review and are bummed you went through all that work to get my crappy book.

The role of money is to help you avoid all that work. Money is a placeholder for me (a crappy book author), you (a corn farmer), and the for the whiskey manufacturer. You give me a few bucks, I give you the book. I go to the store and buy whiskey. The store gives the whiskey manufacturer that money. He then goes and buys corn from you. Everyone does the same work but money just makes everything go so much more smoothly.

Now, what happens if the federal reserve dumps a bunch of extra money into the market via cheap loans? Well, it sends a wrong signal to whoever gets that money. If you, a farmer, get it, you assume wrongly that your value as a farmer has increased, you can now buy two of my crappy books where you once could only buy one. I get more money for my books and go buy two bottles of whiskey. The whiskey manufacturer gets two orders. So he calls you and asks for more corn. But you are satisfied already. You have your crappy books and would rather not start producing more corn. The whiskey manufacturer thinking that there is a new demand for whiskey really wants that corn, so he decides to pay you extra. You reluctantly, based on this extra pay, go back into the field and harvest more corn. The whiskey manufacturer raises his prices. But, you finish my crappy book and (after leaving a bad review) decide to try another one. You have money to do it after all thanks to that whiskey manufacturer paying you so much. I am delighted and write three more crappy books to meet the growing demand. I get the order and am so happy that I can buy so much whiskey. I go to the store and am horrified to learn that the price of whiskey has gone up. I wasted all my time writing those crappy books and I can only get one bottle of whiskey? Well, okay. I buy the one bottle of whiskey and go home. The whiskey manufacturer has just bought a bunch of equipment to prepare for the spiking demand on whiskey. You bought a bunch more harvesting equipment for the corn boom. I bought a new laptop to crank out more books. But we all slowly realize that there was no spike in demand. The extra money in the system was a fake signal to all three of us. Only one book is produced. Only one shipment of corn is used. And only one bottle (albeit at a higher price) comes. The extra equipment is wasted. Everyone has more dollars but no one can afford to do anything more than what they did before. I write one crappy book. You produce the same amount of corn as before. The whiskey manufacturer makes the same amount of whiskey.

And unfortunately, we all wasted money on equipment we did not need. Plus, now our tax rates are higher because we are making more (but cannot afford more).  In short, the actions of the fed did not increase any of our wealth but actually just brought confusion and waste. This is exactly what happens on the macro scale.

The Federal Reserve is a false signal machine. Any time it lends money below market rates, it confuses the market into thinking (for a short period of time) that there is more collective bartering power available than there is. And the results are waste, confusion, inflation, and higher tax rates.

Trump has recently been pushing for lower rates. I understand why but it is a mistake.