The Meaning of Life 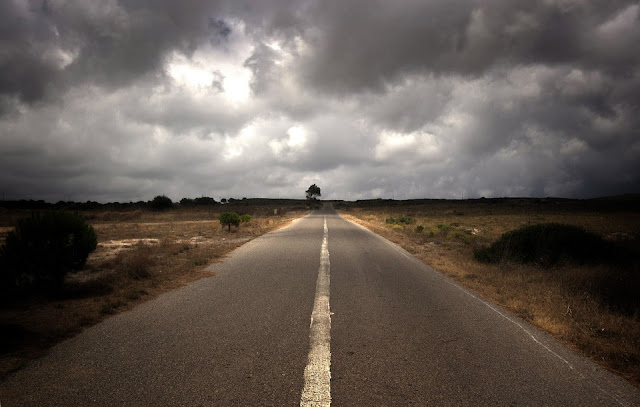 Is there a meaning to life or is there no meaning to life? This question is the central question for everyone. We do all this stuff in life. We get jobs. We fall in love. We drink. We eat. We entertain ourselves. We go to school. We buy stuff. We grow old. We die.

But is there any sort of purpose to all this? Do the choices we make matter at all? Should we try to maximize enjoyment? Should we maximize our health? Or should we ignore both our happiness and our health and focus on things more important?

In CS Lewis', "The Silver Chair," there is this great passage where the main characters are lost in an underground world and a witch tries to convince them that the underground world is all that there is. She casts her spell and then starts applying reason. If they argued that they had once seen the sun, she argues that the sun is just an imagined bigger version of a lamp. If they pointed to the great lion, Aslan, she would say that they were just imagining a bigger version of her house cat. But then one of the characters, a gloomy man named Puddleglum says the following,

"'One word, Ma'am,' he said... 'One word. All you've been saying is quite right, I shouldn't wonder. I'm a chap who always liked to know the worst and then put the best face I can on it. So I won't deny any of what you said. But there's one thing more to be said, even so. Suppose we have only dreamed, or made up, all those things--trees and grass and sun and moon and stars and Aslan himself. Supose we have. Then all I can say is that, in that case, the made-up things seem a good deal more important than the real ones. Suppose this black pit of a kingdom of yours is the only world. Well, it strikes me as a pretty poor one. And that's a funny thing, when you come to think of it. We're just babies making up a game, if you're right. But four babies playing a game can make a play-world which licks your real world hollow. That's why I'm going to stand by the play-world. I'm on Aslan's side even if there isn't any Aslan to lead it. I'm going to live as like a Narnian as I can even if there isn't any Narnia. So, thanking you kindly for our supper, if these two gentlemen and the young lady are ready, we're leaving your court at once and setting out in the dark to spend our lives looking for Overland. Not that our lives will be very long, I should think; but that's small loss if the world's as dull a place as you say."