Spreading Ideas Via Twitter is Not Interfering With Our Elections 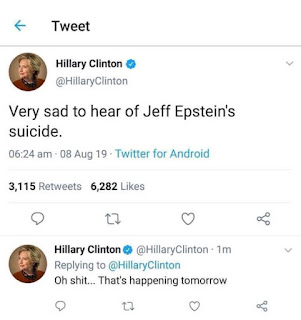 Part of the Mueller investigation was that they indicted a bunch of Russians for interfering with our elections by stealing emails from Hillary Clinton and then sharing them (with Wikileaks and other sources). They will never be tried and we can never be sure or not if this is true but I think we can all agree that stealing emails and sharing them publicly should be illegal and if they did it that is wrong. Likewise, if there turned out to be evidence of messing with polling stations, hacking votes, etc that would be terrifying and a huge national emergency. Fortunately, there is no evidence that this took place or that we are at risk of it taking place.

But another thing that came out of that investigation that continues to be spoken of today is Russian "bots" going online and "creating division" by promoting conspiracy theories. For example, read this GQ article about how FoxNews was "duped" by Russians suggesting Hillary conspired to kill Seth Rich. I am always amused when I read articles like this because the idea that we need Russians to create conspiracy theories about the Clintons is simply hilarious. The Clintons have been accused of conspiracy theories since the country knew about the Clintons! Check out this hilarious clip of Norm MacDonald jokes on this dating back to the 1990s:

Heck, though I've never shared them online but there have been plenty of times when I was inclined to wonder about conspiracies involving the Clintons. They had scandals and there were weird coincidences. Stuff like that naturally creates conspiracy theories. As soon as Seth Rich died, I knew there would be conspiracy theories. We certainly did not need Russians to create them.

Another thing the Russians have been accused of doing is creating memes and bots on Twitter to influence people and cause division.This is another area that makes me laugh. Memes are the easiest things to create. I have created a few. But they are hard to get to go viral. A viral meme requires a pretty good knowledge of culture and humor but absolutely no money. Memes are created organically constantly. Google image, add text, and post jpg. We live in a nation where hundreds of millions of people from pretty much every political view on the planet are posting memes regularly. The idea that a crack team of Russians could somehow create memes that had any meaningful influence on the nation seems fantastical in the extreme to me. I highly doubt it.

But.... and the point of this article,  I don't actually care if they are. The United States is a place where ideas are not shut down. If someone (whether Russian, Chinese, British or American) wants to go on Twitter to try to influence me, go ahead. I can look at your dumb meme, pass it on, ignore it,  laugh, not laugh, or whatever. The source of the idea is not what makes it good or bad. If Russians were online promoting abortion, I would attempt to vigorously campaign against that effort. If they were online opposing abortion, I would cheer and support that effort. The ideas themselves might be dangerous or virtuous but the source really should not matter. If Fox News was "duped" by an RT Network story about Seth Rich, then shame on them for not doing research but the problem was not that the source was RT. The problem was that the source was wrong about the facts.

If Britain, Russia, Israel, China, Mexico, or Canada, want to create funny memes or postulate strange conspiracy theories, have at it. That does not bother me. Many of the ideas our society kicks around are foreign in origin anyway. Marx (promoted by Bernie and Warren) was a German. Adam Smith (the founder of conservative economics) was an Englishmen. Ideas come from all over the world. The object should not be to prevent foreign people from promoting ideas but instead to encourage every citizen to responsibly and critically evaluate ideas for their validity. Any attempt to prevent the marketplace of ideas is a tacit claim that people are too dumb to evaluate ideas. Which might be true with a lot of people. But the alternative is gross. The alternative is that our government starts to decide which ideas are good instead. So the only option is to let ideas flow. Let the dumb memes flow. Let conspiracy theories flow.