6 Reasons to Believe in the Literal Resurrection of Christ 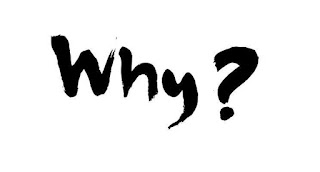 At the heart of the Christian faith is the resurrection of Jesus Christ. The Apostle Paul said that if Christ is not raised than our faith is empty and Christians should be pitied. How can we know that the resurrection is true? The below will lay out some very brief arguments. Books could be written on each point where I have only included a few sentences but I think they will at least introduce the arguments. So here are six arguments (among many) for the resurrection:

1) Gospels are Eyewitness Accounts: The gospels combined with the epistles of Paul are based on eyewitness accounts. This case is made by Bauckham a scholar at St Andrew's (other scholars such as Wright and Witherington have done similar work). Bauckham argues that the gospels include specific names of minor characters (pointers to people who may have been influential and important in the early church). He notes the use of names that were extremely consistent with what we know about first century Palestine (something a later more removed author would find difficult). He notes the way that oral tradition in oral societies typically did a good job of preserving stories and sorting out truth from falsehood (unlike our modern conceptions that if it is not written down immediately it will be lost). And then he goes on to note many other details and peculiarities of the four gospels that would only make sense if they were largely based on eyewitnesses.  Read more here.

2) Resurrection is Surprising but Consistent with 1st Century Jewish Theology: The resurrection of Christ was both a natural outworking of Israeli theology. First century Jews had been longing for God to act in history and when that happened many (but not all) expected a general resurrection of the dead. But no one was hoping for a single person to be resurrected. These facts undermine the idea that the resurrection was made up. It was not the sort of thing that people would have made up.

3) The Gospels are Good Testimony: The gospel narratives are convincing testimonies because:
a) They are different in details but the same in substance (indicating they are based on different eyewitness testimonies describing the same events). b) In all four accounts, women are listed as the first witnesses to the resurrection. No one would make this up because in those days women were not considered reliable witnesses.

4) Martyrdom of the Witnesses: The early Christians would have access to what really happened (either by being personally witnesses to the events or by knowing someone who was) and yet they died willingly for their testimony. Why would they do this? People die for various faiths all the time (there are Muslim martyrs, Buddhist martyrs and etc) but these martyrs are dying for something they believe to be true not something they know is false. If Jesus did not rise from the dead, there are a group of people that died for something they know is false.

5) Resurrection Tradition Must Be Very Early: Early Christianity was amazingly uniform in its eschatology. Judaism had a mainstream view of the general resurrection of believers on the last day but this was one view among many and even those who held it had spectrum of beliefs. But the early Christian church was uniform in its belief in the general resurrection and even the specifics of what the resurrection would look like (that the resurrected would have transformed but corporeal immortal bodies). Given the fast rate of growth of Christianity in the early days and the expansion throughout the kingdom, this uniformity points to an early understanding of what happened to Christ - the resurrection narrative could not have been added after the religion spread or there would be many ideas instead of one throughout the church.

6) Jews Had a Way of Continuing Movements When Leaders Died: There were plenty of first century Jewish revolutionaries (would-be messiahs) who died on crosses in the first century. The followers would either disband or choose a brother or son of the messiah as a substitute. Jesus had a brother (James) who was a leader in the church. It is highly improbable that James would not accept leadership but would instead die for claiming that his brother was resurrected.

No one of these arguments is overwhelming but when you start to add them all together, I think that the case starts to become very strong. I think that when we look at what happened in the first century, I think even the greatest skeptic would have to at least say that something similar to the gospel accounts happened on Easter.