Morals are not a social construct 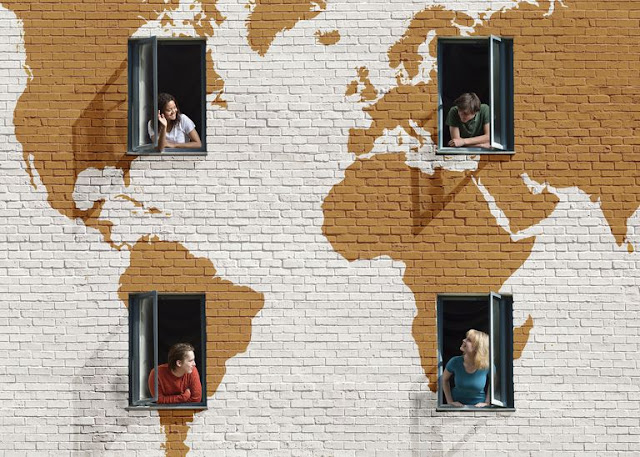 On some level, anyone that is not devoutly religious believes that morals are socially constructed. In other words, we as humans determine right or wrong by some sort of collective agreement. Now, when you try to nail people down on this, it is hard to get specificity. Does the government decide? If so, why can governments be thought immoral? Does the zeitgeist (spirit of the times) decide? If so, why do we have whole societies doing things we consider evil (e.g. Germany in the 1930s)?

Despite the fact that the assertion of socially constructed morals is there, there is a mysterious element to the fact that we all think that there are things - human rights for example - that are always right regardless as to whether the whole society and government agree or not.

To understand this, it might be helpful to think about what we are speaking of when we say 'socially construct morals' How does every human determine what is right? The answers will vary. The golden rule, "what mama taught me", fear of the law, desire to be nice, empathy, emotional avoidance of hurting other people etc are all reasons that people behave a certain way and call it moral.  And it is these things, all of them fallible, that usually make up our innate sense of what is right and wrong.

Which of these sources should we listen to? Which one is right?

Those are the wrong questions.

Most social constructs have no 'right' answer. If Germany in the 1930s got really into sappy and superficial films, no one would view them as a horrible. They might have constructed a view of what made a film good that we disagree with but, we would say, to each his own. Everyone is allowed their own opinion on art and even if it does not fit our taste, who is to say who is 'right?' There really is no right when it comes to taste.

Using reason to determine right and wrong in personal taste is ridiculous. There is no need. It is a social construct with no 'true' answer.

But when we talk about violating human rights as Germany did, we do not think this was a matter of taste. The treatment of the Jews and other oppressed groups was not just of poor taste, it was wrong.

We implicitly agree that there is a standard that stands outside of humanity by which we can judge the actions of humanity. Even if Nazi's had conquered and brainwashed the world and even if every person on the planet agreed with them, their actions would still be wrong.

This is not a social construct. This is what Plato would call a heavenly form. Something perfect that stands outside of humanity.

This is an issue for naturalists who do not believe in an "out there." The standard has to be from us.

This is not a problem for Christians and other faiths. For us, our standard comes from 'out there.' The 10 Commandments are always true - whether we believe in them and follow them or not. Right and wrong stand separate from humanity. As we look to what is right, we are looking for something real. We are not searching for personal taste. We are searching for a law - similar to the laws of physics. Something that can be right or wrong.