How Belief in God Gave Us The Law of Gravity 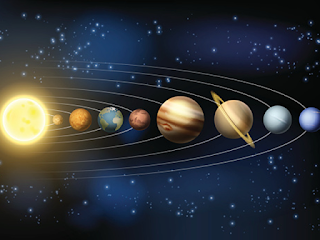 A brief story about Isaac Newton – the most important and influential scientist of all time.

Newton lived in a day when the teachings of Aristotle were just fading from popularity and the teachings of Cartesian mechanical philosophy were taking hold. The Cartesian mechanical philosophy taught that everything had to be on contact with something else in order to move. So when thinking about the orbit of planets (it was speculated) there must be some invisible substance that moves them (the term they used was ether). If you can imagine their thought, the planets moved because they were in a sea of swirling ether. The idea of one body influencing another body from a distance by an invisible force was considered superstitious and antiquated.

But Newton was not naturalist in any stretch of the imagination. He a radical even for his day when it came to religion. He wrote more on theology than he ever wrote on physics and mathematics put together. When everyone else was writing off the possibility of invisible forces Newton was not. And so, when it came to defining and understanding gravity, Newton had a leg up on everyone else because of his rejection of naturalism.

The Cartesian mechanistic assumption so prevalent in the scientific world at the time of Newton was a major barrier to discovering gravitation. Newton's theism helped him discover it. He rejected the Cartesian philosophy and did not accept that all things had to have mechanism.

Why did Newton reject Cartesian philosophy? Why was Newton able to see what all of science did not at the time? The answer is that he hated Cartesian philosophy because he thought that with God miracles were possible. Newton believed that God usually worked with mechanism but that sometimes God just worked. And so Newton was not held back by the search for mechanism. He was able to see centuries ahead of everyone else because he thought invisible instantaneous forces were possible.

Hooke (of Hooke's law fame) and Newton corresponded as he worked on gravity. They spoke of this force as an “attraction” between two objects. But attraction is a very non-mechanical notion. Using this term went entirely against the Cartesian orthodoxy.  Hooke and Newton had  rejected the fundamental tenet of the mechanical philosophy, namely, that everything occurs by way of matter coming into direct contact with other matter. Like many things we take for granted today, gravity continues to be a pretty mysterious thing. We all accept it because the math works but it was pretty impossible to see before Newton wrote his Principia.

When Newton first published Principia in 1687, he was dismissed by the Cartesians because in he rejected Cartesian explanations for gravity and replaced them with nothing. Gravity relied on no ether. No air. No physical mechanism to hold and push the planets and stars. He was proposing something that was invisible and instantaneous. To many observers, he was just saying, 'God did it.' And nothing was unacceptable.

And so Newton, thanks to his deep faith, was able to discover the law of gravity and change the world.

Now... someone might say that Newton got lucky and that now (maybe) we have found a mechanism for gravity (Einstein and others have put forward ideas on that). Would this bother Newton? No. He saw God in the mechanism too. But his openness for something without mechanism allowed him to be the greatest scientist in history.


The scientific revolution did not coincidentally come at a time when the culture was steeped in the Christian faith. It came because of it. Newton is just one example. Some day I will post on the many many examples of Christians that assumed design and function in the universe thanks to their belief that all things were designed by a good and rational God. And in this assumption, they advanced science. We have science today thanks in large part to Christian assumptions.