Should the Prison System Be Done Away With? 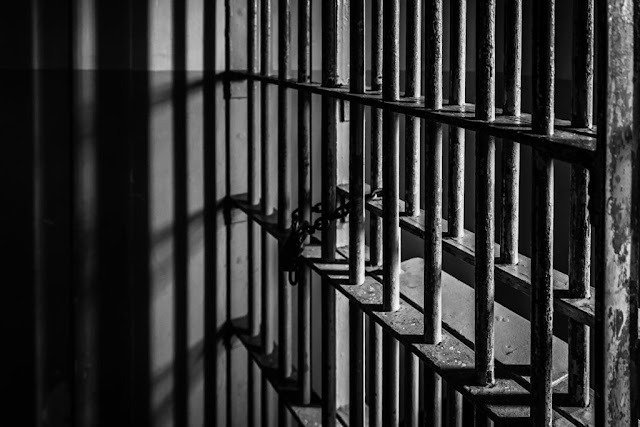 Historically, crimes were punished with corporal punishment and shame.

Steal something, 6 lashes across the back. Burgle a house, 15 lashes. Commit assault, 20 lashes.

Other crimes, such as murder and rape, warranted the death penalty.

But punishments were corporal. Incarceration, when it was practiced, was typically only done when one awaited a trial. You sat in jail, were tried, and then were punished (corporally).

Those who sat in prison for long years (like Paul in the bible) were victims of a slow justice system. They were waiting for trial.

But somewhere in the 18th century, certain men (such as Jeremy Bentham) began to advocate for prisons as an alternative to corporal punishment. The original idea was that corporal punishment was mean and did nothing to correct the person. Instead of a thief being whipped, the argument went, we should imprison them, work on reforming them, and then put them back into the system as a reformed person.

It was considered the more humane and scientific solution to crime.

If we think of the idea of incarceration rather than corporal punishment as a 'scientific' experiment, we now have a few centuries worth of data and we can start analyzing the results. Let's ask two questions:

1) Is it more humane?
Imagine this. You get busted for drug dealing in your late teens and are charged as an adult. The punishment varies based on what state you are in and how much you dealt but most states place the sentence between 4-10 years.

The judge gives you a choice. You can take 10 lashes across your back or you can go to jail for 7 years. Which do you choose? I would guess that 99 out of a 100 people would choose the lashes.

I know I would.

So, which is more humane? In that case,  the lashes. It does not destroy a young man's life for a stupid mistake but it certainly hurts bad enough where he won't want to do it again.

Now, think about another situation. You are a few years older, you have a couple kids. You get drunk, get in fight, and assault someone pretty bad. They don't die but the charge is aggravated assault and the punishment in many states is severe - 10+ years.

But again, the judge gives an option, for this crime he says you can choose 25 lashes instead of 10 years in prison. 25 lashes is not enough to kill you but it will take a toll mentally and physically.

25 lashes might put you in the hospital for a few weeks and would certainly teach you never to do it again but it would also get you back to your family. Your kids would have a dad. The household would not be broken.

Which brings us to the second reason prisons were introduced. Reform of prisoners.

The recidivism rate in the USA is 43%. That is huge. Put someone in prison and almost half the time they end up there again in the not too distant future.

Whether prison works to reform is a hard thing to measure because people tend to be more prone to commit crimes when they are young. Of course, if you lock an 18 year old up for 12 years, they will be less prone to commit crimes when they are 30 (just like the person you did not lock up) but did that really reform them or did time? The US has a decent crime rate despite having the highest incarceration rate in the world. Is it really working?

It also is worth looking at Singapore that still practices corporal punishment. They have a low incarceration rate (69th in the world compared to the USA's #1 rate) but instead practice corporal punishment. Their crime rate is lower than the USA's in every single category. Now.... of course this is not apples to apples. Cultures are different and crime varies by culture and Singapore might have a lower crime rate regardless but it does show that it is possible to have a very low incarceration rate, corporal punishment, and a low crime.

Before I close, I think another question needs to be asked that may not have been thought of when we decided to start incarcerating masses of people. What is the cost of imprisoning dads on children?

More than 2.7 million children in the U.S. have an incarcerated parent. That is 1 in 28 children.

Wouldn't you rather your dad just take some lashes and be back home?

The system of mass incarceration is monstrous when it comes to its impact on families.

After a few centuries of experimenting by locking people up rather than punishing them corporally and putting them back in the population, the results are in: it has failed.

The ancient Romans viewed prison as worse than death. If they were right, we are giving a punishment worse than death at rates worse than any other nation on earth. We dropped corporal punishment in this country because we thought it was too harsh. Prison is much more harsh! To make ourselves feel better, we remove men from their families and do untold harm to their wives and children.

Should the modern prison system be done away with? The answer seems clear to me.