3 Ways to Know If You Are a Corporate Slave 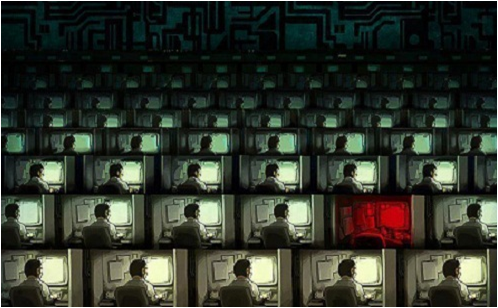 We like to imagine there are two categories… Free or slave. But in reality there are many gradations of freedom. The billionaire who doesn’t give a crap what anyone thinks of him would be on one end of the spectrum. No one can hurt him and he can do what he wants. The literal slave with a slave master standing over him is the other end of the spectrum. But between those two extremes are many grades.

For example, being employed is in many ways not being free. You depend on the opinions and decisions of the company you work for. You have to be careful of what you say and do. And for many, the threat of not getting the next paycheck is a very fearful thing. Corporations can hurt us quite badly and the further you are away from making minimum wage, counter-intuitively, the more power the company has over you. If you are making low wages that you could make anywhere, you may not fear being fired. But what if you know that you are overpaid? What if you know that you have being fired would cost you dearly - perhaps losing your home, your car, and social status? Many people are in this position. Their company might not be able to actually whip them but they can do things that are almost as painful.

As a result, many people moderate their behavior to how they think the corporation would want them to act. In a corporation, you have to watch what you say. In this sense, it is worse than the slavery of old because historically no one cared what a slave believed. A slave's opinions on politics or life did not matter so long as he did his required duties. Now, human resources managers look at your social media posts. Google and Facebook require that you have a social media presence before they hire you. If you make a comment online about an article and it gets back to your boss you could be in trouble. There is a heavy emphasis on everyone being employable.

One of the ways that activists try to control people is to contact their corporate bosses when they do things that they do not like. For example, there is the outrageous recent example of PA State Representative Brian Sims threatening to dox people protesting a Planned Parenthood. The idea is that if they can make people fear for their jobs, they will stop expressing the opinions.

As long as we depend on the next paycheck, we are slaves of a sort. As long as you fear a corporation firing you, you are a slave of a sort. This is where entrepreneurship is great. When you own your own business, you are much more free. You might have to work harder. You might make less. But you no longer depend on the opinions of a corporation for your income. Yes, you still have customers to care for and a public reputation that might be important but corporations tend to be much less understanding and much quicker to destroy lives than the general public.

So, how can you tell if you are a slave or not? Answering these questions in the affirmative means you are more enslaved than you should be.


3 Ways to Tell if You are a Corporate Slave

2) Do you worry that your corporation might find out how you feel about issues such as politics and religion? - Maybe you have milquetoast views that would never offend the lady from HR. Maybe you are a moderate democrat who occasionally attends an open and affirming church. If so, you are probably good. But if your views do not fit that category, do you fear HR knowing what you think? If they knew your views on religion or politics would you be in trouble? If you know to keep it buttoned up, and avoid saying how you feel when anyone from the corporation might hear you, you might be more enslaved than you think.

3) Do you count down the days until retirement? One form of slavery used in the early days of European settlement in North America was indentured servitude. The idea was that people would work as slaves but for a set period of time (usually seven years based on the biblical model). These slaves had a future date in mind when they knew they would be free. Many in the corporate world are the same way. Sadly, the time until freedom is often much more than seven years. Do you look to the day you turn 62 (or 65 or 70) with a glimmer in your eye? Do you hope to just survive this corporate box for another decade or two? If so, you are probably more enslaved than you think.


I tell my kids to try to avoid corporate enslavement when they enter the workforce. Instead of graduating from college and promptly starting to climb the corporate ladder, consider starting a business. Build your own ladder. Do it when you are young and you will become addicted to corporate paychecks. Many people I know who are already on the corporate ladder wish they could start their own business but it is too risky. They need the next paycheck. They have families and kids and mortgages. But if you do it when you are young, you can afford to fail or struggle a bit when you are getting started.

Corporations have so much power.  And much of that power they use for evil. Let's convince our kids to not be corporate slaves. Let's create a generation of free men and women.