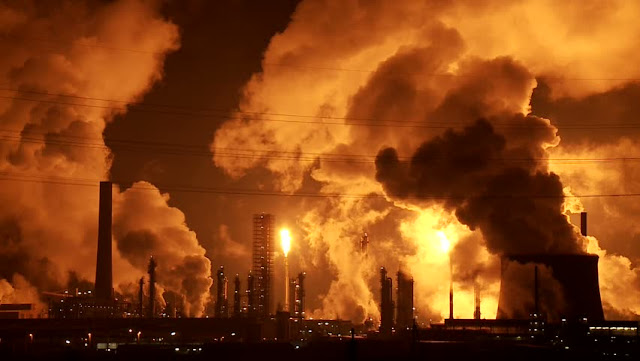 The corporation is an externalizing machine (moving its operating costs to external organizations and people), in the same way that a shark is a killing machine." — Joel Bakan

I support economic freedom. In other words, I support the freedom to do with your property as you want without other people telling you what to do. This is why I support low taxes, low regulations, and oppose socialism. Most people would call me a republican based on this view of things.

What is my problem with corporations?

I have two problems with them:

Limited Liability
Limited liability is the idea that the stock holders are not liable for the misdeeds of the corporation. Although many companies have this (including much less harmful businesses owned by sole proprietors), it is a law that large publicly traded corporations live on. The worst that can happen to a stock holder is that they lose the value of the stock. They get a one directional benefit. The stock holders can make billions, but they can only lose whatever they own in stock.

If, for example, you are a stock holder in Monsanto (now owned by Bayer) and cause a bunch of people to die and get cancer, you might worry that lawsuits might cause your stock to drop. But you do not need to worry about being personally sued.

But think about the justice of this. You get the benefit of whatever money Monsanto makes. You get none or the liability for the horrible things they do. What does this incentivize?

Let's say you are a sociopath and you do not care about people. You just want to make money. And you own stock in ten companies. Each makes chemicals. You have paid $100 for each stock ($1000 total). Each company can grow ten times their stock value by taking risks with health. There is a 10% chance that the risk will result in horrible health effects, get sued, and then go bankrupt (costing you 100% of that stock's value). What would you (a sociopath) want those CEOs to do? Let's do the math:

What do you, the sociopathic stockholder, want? Of course you want them to risk people's health!

And guess what? You are a sociopathic stock holder. You look at your 401k or your Roth IRA and you look at the balance. You care about it going up or down. You do not care if one particular company went bankrupt. You do not worry about lawsuits. You  just care about the total value going up.

You do not need to worry about being personally sued.

The families with dead relatives due to your investment strategy cannot touch your $9000.

This is the effect of limited liability.

The concept of liability in American law is based on the biblical concepts of liability. And the bible is clear that the owner of a beast who kills shall be held responsible for the actions of the beast.

Exodus 21: 29 If the ox has a reputation for goring, and its owner has been warned yet does not restrain it, and it kills a man or woman, then the ox must be stoned and its owner must also be put to death.…
Limited liability is a violation of the very foundation of justice in western law.

Owners detached from management
In a sole proprietorship or a small company owned by a handful of owners, there is a connection between the deeds of the company and the owner. No one wants to be Mr. Monsanto. No one wants to sit there and say, "I chose to make money by risking the health of human beings." And with publicly traded companies, no one has to. The managers can say (rightly), "we were paid to maximize profits." And they are right. Managers are not paid to be nice people. They are not paid to be socially responsible. They are paid to make profits.

If I manage the company I own, I make decisions that reflect how I feel. If I own a small slice of a multi-billion dollar company, I want the managers to try to make as much money as possible.

Spreading out ownership and then making the owners and managers separate people is a sure way to make the company function like a psychopath. Focused on profit. Not caring about anything else.

The patron saint of modern capitalism, Adam Smith, is on my side with this criticism. He famously wrote,


"The directors of such [joint-stock] companies, however, being the managers rather of other people's money than of their own, it cannot well be expected, that they should watch over it with the same anxious vigilance with which the partners in a private copartnery frequently watch over their own.... Negligence and profusion, therefore, must always prevail, more or less, in the management of the affairs of such a company."

He is, of course, talking about the financial returns and well being of the company. But I think it is clear and obvious that this refers to the moral behavior of the company a well. A manager - disconnected from the owner - cannot be expected to act with the same moral integrity that the owner himself would act.

We need to change laws to make it much less attractive to be a corporation. Private businesses, sole proprietorships, and companies owned by the managers should be what our laws are designed to support and protect. Large publicly traded corporations owned by stockholders protected by limited liability are monstrous and will continue to do damage to the world.